Property in South Africa is too big a risk to invest… 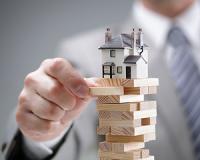 Last week a property investors told me that: “Property in SA is too big a risk. New laws coming out soon will limit property ownership to two properties and there will be no foreign ownership allowed.”

Is this true? Should you up and sell your property right now, or is there hope left for the South African property sector?


I’m always cautious of basing investment decisions off a news article. And there have been many headlines slamming property in the past year. Headlines like “Ownership limits of land bad for property”, “Ban on foreign land ownership on the way” and “Land holdings bill moving fast to become law”.

The truth is, nothing’s as serious and bad as the media would make you believe…

Guaranteed pay-checks twice a year from the government?

How would you like to receive guaranteed pay-checks from the South African Government?

Well, it’s as easy as investing in “The Reverse Income Tax Fund”.

This fund gives you a unique way to bank two free cheques every year!

Want to know what The Reverse income Tax Fund is?


Firstly, in June 2015 it was said this law would be put before parliament in August 2015. It still hasn’t happened yet. So things aren’t moving nearly as quickly as it sounds.

More importantly, the Regulation of Land Holdings Bill doesn’t apply to all land.

Government wants to place a limit on land ownership for AGRICULTURAL land.

That means as a typical property investor, you and I won’t be affected at all.

The proposals under this new law is a limit of 12,000 hectares per person. It also aims to limit land ownership by foreigners to 30 and 50 year leaseholds.

The good news though, is the law won’t be enacted retrospectively.

So if you own more than 12,000 hectares of land, or you’re a foreign property owner you won’t be forced to sell your land. You will however be limited on future purchases.

So if you own two, five or ten rental properties this law won’t affect you – as long as these properties are not on farms.


The law I’m talking about is the Property Practitioners Bill.

The main goal of the bill is to better regulate estate agents, property inspectors and to regulate property sales by itself and not through the Consumer Protection Act.

Be the one to pick the next share
with 100% gain

It doesn’t happen often, but believe me, there is no greater feeling than making a share prediction that jumps 100%, 500%, 1000%. And with penny shares, it’s a real possibility, but you need to know how to spot these potential ten-baggers upfront.

That’s why I’ve decided to share my secret with you in this year’s Red Hot Penny Share Bootcamp. I’m going to guide you from A to Z in picking the best shares on the JSE and making the most out of your investments.

BUT, I only have 100 seats available and they’re selling quickly, so book your seat NOW to avoid disappointment.


You see, under this law private property sales might become a thing of the past. The aim is to only allow ‘professional property practitioners’ (Estate Agents) to sell properties. Where a private seller tries to sell (or let) their own property there will be new regulations limiting what you can and cannot do.

Another item that will be added with this bill is property inspections.

The bill makes provision for professional property inspectors who will have to inspect properties for sale in the same way an electrical certificate needs to be obtained.

This will do wonders for job creation…

And it will help home buyers that are clueless to the faults of a property.

But it will be an added cost and will slow down the sales process for property investors.

What if I want to buy a dump and fix it up myself? I don’t require someone to tell me the property is falling apart. But I’ll need to pay for someone to do this.

This could also hamper investor’s ability to get finance on a property they want to renovate – as banks could then impose a clause to say that finance will only be granted upon the repair of certain faults.

Do you want to earn an extra R8,589 per month from simply opening an SMS?

What I'm about to show you only takes about five minutes to put into action...

You won't have to crunch any numbers...

You won't have to calculate anything...

Click here to find out how you can earn an extra R8,589 per month


Property inspections could be made mandatory and we could be limited by not being allowed to sell properties voetstoots.

I don’t see the need for this law – any buyer can already impose a condition in an offer to purchase, asking for an inspection.

It’s a free choice we’re given at the moment.

I for one hope this free choice isn’t taken away.

The law hasn’t been put into effect yet. It’s stuck somewhere in a bureaucratic process. The last news on it was that it would be drafted this year. But for now we’re still left hanging – just like with the limitation of land ownership bill.

For the time being I’, still a property buyer – especially when there are bargains out there. But I’m keeping a serious eye open for changes in the law that could change my opinion on property…

Property in South Africa is too big a risk to invest…
Rate this article
Note: 5 of 2 votes