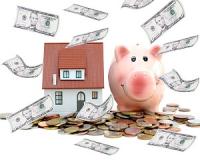 This week I received a message from a friend, P, saying: “Celebration time - we sold the property and took a big loss”

Usually you'd not celebrate when taking a big loss on an investment.

But in this case it is a good thing.

And as soon as I explain I hope you'll see that selling an investment at a loss isn't always losing…
________________________________________
I’m about to offer you information known
only amongst a private circle of extremely influential people
And I’ll show you exactly how you can build your personal wealth the old-fashioned way, using the same approach as Joe Kennedy, Norman Rockefeller and Harry Oppenheimer.
By the end of the enclosed document, I’m certain you’ll agree with me – It’s not what you know, it’s who you know. And you’ll also see that what I’m promising you is not a hoax, scam or swindle.
________________________________________
The best end to a bad investment
During the early 2000’s P made money from the property boom. Then came the crash in 2008 and he saw many properties drop in value from ‘bubble’ levels.
So, when he came across a seafront property on the West Coast in 2010 he thought it was a bargain.
He got hold of ‘prime’ land in a resort town for only R150,000.
Surely the value of this land would shoot up over time and there’d be big profits to be made… Before the 2008 crash properties like this sold for R400,000, R500,000 and even more…
So, he bought the piece of land. Used a loan with a 10.5% fixed interest rate to do so, paying around R1,500 per month off on the place, with around R250 a month in rates and taxes.
Fast forward nine years…
P owes R116,956 on the property, and has paid R188,737.54 towards the loan and rates.
The market has moved, but the property values just didn’t increase as much as hoped. In fact, property values dropped even further in the area.
In fact, after three years on the market the best offer P received for the property was R130,000.
So, selling means a loss of R20,000 on the original price P paid for the property.
Even worse, if you consider the money P put into the property – R188,737 – the loss P took was closer to R58,737…
Why selling at this big a loss was the right thing to do
Every month P pays R1,750 towards this property.
Now let’s say the property market in the area rose again – and in 4 years P gets R200,000 for the property. That’s a capital gain of R50,000 on the original buying price.
But by this stage P would’ve already paid R272,620 towards the property.
That means P’s cashflow loss would’ve increased to R72,620 from R58,737 even though the property value increased R70,000…
The fact is, the R1,750 monthly cashflow is worth a lot more to P – than the capital growth in the longer run.
What P could’ve made – had he simply saved all this cash up
If P simply saved R1,750 a month in a 6% yearly interest bearing account he’d have made R249,794 in the first nine years, as opposed to a loss of R58,737…
And more importantly – how does selling the property at a loss improve P’s situation?
Well, had P held on to the property for another 4 years, and sold it at R200,000 as in the example above he’d have paid in an extra R85,750 – but the property value only increased by R70,000. That means a further loss of R15,750.
If P now simply saves the R1,750 every month for the coming four years at 6% interest – he’ll grow his money to a total of R96,894. That’s a profit of R11,144 instead of a loss of R15,750.
Recommended
________________________________________
Join our team and you could see 7 winning tips from 9 trades!
Our master analysis Timon Rossolimos has broken every expectation with 7 winning tips from 9 trades!
That’s total gains of 217.91%
So don’t waste another minute click here to become part of this GREAT service!
________________________________________
Don’t make P’s mistake over and over again
I’ve heard so many property investors say “If I can only sell the property for what I paid, I’m happy.”
But they don’t take into account Levies, rates and taxes or loan repayments.
Sometimes taking the loss on your chin and moving on is a lot more profitable than holding on to an investment property…
And then – my other big rule for investing in property is not to dabble in land speculation.
At least an apartment or home can generate you an income if they don’t sell. But vacant land is only a drain on your pocket.
Always remember – Cashflow is King!
Here’s to unleashing real value,

Sometimes the best call is to sell your property at a loss
Rate this article
Note: 3.58 of 13 votes