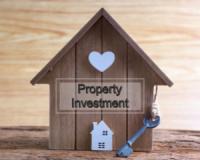 These figures showed inflation dropped to 4.6% in July, from 5.1% in June.

With the SA inflation target at 6%, the SA Reserve Bank now has a lot more room to lower interest rates further.

But following this latest announcement, there might be further interest rate decreases on the horizon - and that's good news for property investors…
Recommended: Do you want to get into property, but just don't have the money? you'll be shocked at how easy it is...
Interest rates could drop another two to three times!
According to a Business Report from IOL, Sanisha Packirisamy, an economist at MMI Investments, said that “Should inflation continue to track lower in line with expectations and remain well within the target band for the foreseeable future, it is likely that the Sarb will respond by cutting interest rates further by an additional 50 basis points by the end of the first quarter of 2018.”
Another survey by Business Day of 27 economists says it’s likely we’ll see a September and November rate cut this year.
"We think there is a small window here to cut. It would be quite easy to justify three cuts in a row: July, September and November," said Citi economist Gina Schoeman.
So just how would a full percentage point cut in interest rates affect your property?
How a simple 1% drop in interest rates could add 50% to your property returns
So I’m using an example of a property I bought in January this year. It is a real life example – all these figures are facts:
Consider a JHB inner city property that I bought at R230,000, with a R30,000 deposit.

It brings in R3,200 in rental per month, with levies, rates, agent’s commission and monthly repayments needing to come off that.
So, at a 10.5% prime linked interest rate, this property would net you R3,008 in positive cash flow in year one. A return of 10% on your deposit (ignoring all capital appreciation on the property).
With interest rates dropping to the expected 9.5% by year-end these figures improve a lot.
The positive cash flow grows from R3,008 to R4,598 – just thanks to the lower interest rate.
That means, instantly my return on the deposit I put down rises to 15.33% - or a 50% increase from my initial returns…
I have only been to the property ONCE. I haven’t done any work, and haven’t missed rental income for a single month since buying it.
Hurry!: Tomorrow lunchtime you could set yourself up to pocket an easy R2,946
Lower interest rates = better returns, make sure you benefit
Now you might think that with lower interest rates more people are buying homes and rental demand will drop.
But the fact is, the average man on the street can’t get a home loan.
Household credit extension growth remained very weak at 2.8% year on year in June.
Economists said there was little to suggest this would turn any time soon.
Investec economist Kamilla Kaplan said: "Rates of credit extended to households… shows a renewed tightening in credit criteria applied…”
Simply put – stringent lending criteria means that the majority of people will continue RENTING.
So, if you can in any way get a loan approved by a bank and buy a property, you are in for great returns. Lower interest rates mean higher rental yields and more cash in your pocket (or a faster paid off loan). And that means you can buy your second, third and fourth properties much quicker.
In my How to Become a Master Property Investor in 90 Days book I show you how to practically guarantee you get a home loan approved, how to raise financing using other people’s money and how to manage properties with nearly zero vacancies.
To find out more, click here.
Here’s to unleashing real value

Francois Joubert
Author, How to become a master property investor in 90 days

Tags: francois joubert, how to become a master property investor in 90 days, property

This single piece of news could add 50% to your property returns this year
Rate this article
Note: 3 of 6 votes