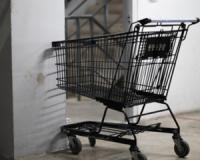 Over the past 10 years, the South African listed property sector has easily outperformed its peers.

Investors who've jumped on this rally early, would have made a fortune investing in JSE property companies.

But the smooth-sailing returns delivered by the commercial property market are coming to an end.

This is a remarkable slowdown and there are two signs that point to why we can expect the of the property market bull-run.

Over the past 10 years, South Africa has experienced a boom in shopping mall developments.
In fact, as things stand, South Africa has the sixth highest number of malls in the world – Close to 1,800.
Total lettable space has grown nearly 30%, which is the equivalent to 37 Sandton Cities.
The market is saturated with space and this has created competition among the big listed property giants.
For example, Clearwater Mall (Hyprop) and the recently developed Cradlestone Mall (Pivotal) are both located close to each other in the West Rand.  The one who has a wider range of tenants that offer consumers comparative shopping will generate the most income.
Another example is the upgrades to Sandton City and Rosebank with international brand name tenants being added to attract consumers.
The point is, shopping malls relatively close together will have to compete to bring in consumers. And generating consistent income will prove tougher.

Most investors don’t see the knock-on effects of a struggling retail sector has on other sectors –especially the commercial property sector.
You see, many of big retail companies are located in shopping malls, which JSE listed property developers have built.
These commercial property developers rely on faster rental escalations and low vacancy rates to boost their income and thus, boost the valuation of their properties.
If their tenants (retail companies) are struggling to grow profits, then they won’t accept an increase in rent.
So either these JSE property companies will be forced to keep rentals flat, so that they can keep vacancies to a minimum. Or if rentals rise, vacancies will also rise as retail shops will begin to consolidate unprofitable stores.
Consequently, property stocks’ income will become static or even decline which will decrease their valuations.

So what must you do?

Two signs that signal the end of the property market bull-run
Rate this article
Note: 5 of 1 vote