A nightmare scenario for resources but a 245.65% profit dream for traders 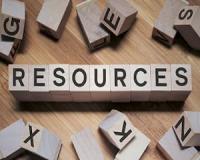 In the first three months of the year, we saw a major rally on a number of resource stocks listed on the JSE. During the 20% resource rally, we took full advantage and my Red Hot Storm Trader members managed to bank a total gain of 245.65% including a:
• 51.95% gain on Anglo American Platinum
• 44.75% gain on Kumba Iron Ore
• 47.77% gain on Anglo Gold
• 29.93% loss on Exxaro
• 41.10% gain on Anglo Gold
• 46.10% gain on Anglo American Platinum
• 18.38% gain on Kumba Iron Ore
If you missed out on this these profit opportunities, today is the day you can join the next expected resources run.
However, this time I expect the resource stocks and index to crash which we can take advantage of.
Let's get into it…
________________________________________
Recommended:
Don’t miss your chance to pocket fast gains from the global financial markets - Like 88.25% on the USD/ZAR, 31.25% on BMW and 29.41% on Standard Chartered
A small group of traders are banking profits every 3 to 6 weeks on the international markets…
• 31.25% gain on a BMW punt
• Then one week later 88.25% on a USD/ZAR trade
Readers are poised for more double-digit wins n the S$P500…
You now have a chance to join in. Just click here to learn more.
________________________________________
Trump’s Friday tweet become a major danger for resources
On Friday, 23 August 2019, President Donald Trump sent out a tweet stating the US will increase tariffs on over $75 billion on U.S goods.
He said, his administration would increase existing duties on $250 billion worth of Chinese products from 25% to 30% on 1 October. He also said the levies will rise from 10% up to 15%, on another $300 billion in Chinese goods which will start on 1 September.
This triggered BHP Billiton (one of the world’s largest mining and resource companies) to warn about the consequences of the US-China trade war.
They said the trade policies of Americans remain uncertain and if the conflict heats up, the prices for raw metals such as iron ore will not do well.
This is exactly what happened as we saw a number of resource giants fall in price, in the same week, including:
• Exxaro was down - 4.28%.
• Anglo American Platinum was down - 2.39%.
• PPC lost - 7.5%.
• Imperial Logistics fell - 2.27%.
• BHP, Rio Tinto and Fortescue Mining Group hit their 6-month low prices.
• And even the iron-ore commodity price fell over 6%.
When in doubt sell resources!
It is clear this trade war is not coming to an end and so we shouldn't just hope for another resource rally.
Instead as a trader, we should look to take advantage and profit when the resources index and stocks crash.
Let’s bring back the JSE-Resource Top 20 Index chart (JSE-RES), so you can see how.
Here's why this M-Formation is signalling a 12.14% crash with the JSE Resource Index Looking at the daily chart of the JSE-RES, we can see there's been what's known as an M-formation forming since February 2019 (Grey shaded area)
In technical analysis, we call this a reversal double top pattern.
This is because the market tests two extreme top or high prices which in this case they are at 48,000 and then comes down to two extreme lows (Black line) which is at 42,800.
When the price breaks below this level, we can expect the sellers to dominate the market which will cause a continuous drop in price.
To calculate the next target of the M-Formation for the JSE-RES you’ll simply use the Bottom-Top approach…
Here is the calculation.
Target = (Bottom - Top) + Bottom
= (42,800 – 48,000) + 42,800
= 37,600
This means we can expect the JSE-RES to fall to 37,600 (12.14%.
And as the JSE-RES is made up of the top 20 resource companies, we can also expect the biggest resource stocks to fall in price with it.
________________________________________
“If you want to make a killing from cryptocurrencies – read this book as FAST as you bloody can!”
I’d like to rush you a copy of my book, Crypto Revolution, right away.
Inside you will find everything you need to understand this financial revolution…
And take maximum – potentially life-changing – advantage of it.
Including the name of the coin I am calling “The Bitcoin Killer”…
A cryptocurrency that could ultimately climb 20,000% from where it sits today.
That’s the kind of move that turns R2,500 into R500k over the longer term.
You’ll get the name of that crypto…
My full case for why it could rise to become the #1 crypto in the world…
CLAIM YOUR BOOK IMMEDIATELY
________________________________________
Here are two ways you can bank profits from the next resource index crash
Either you can wait for my SMS where I'll send you resource stock trade ideas to (short) sell and profit from when the prices drop.
I’m talking about companies which are set to drop such as Kumba Iron Ore, Anglo American, Anglo American Platinum, Sasol, PPC and Billiton…
Or you can get in on international resource stocks with Trader X who provides trade alerts on these foreign resource stocks which you can trade and profit from.
Trade well,

A nightmare scenario for resources but a 245.65% profit dream for traders
Rate this article
Note: 4.75 of 2 votes