Breaking: Is this the next oil crisis? 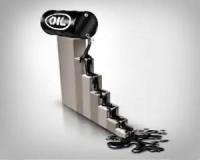 Brent crude has had an abysmal start of the year.

As things stand, the price is hovering around $50 per barrel which is the lowest it's been in over 12 months.

A major, if not ONLY factor, that's resulted in the drop in brent crude is the Coronavirus.

As I write this, the virus has already infected more than 17,000 Chinese people and more than 350 have died. The numbers are rising on a daily basis where reports of cases have now spread to more than 15 countries.

With no slowdown in the spread of the virus, it's close to being declared a pandemic, which won't help the oil prices either…

Between the travel restrictions, the production cuts, the drop in demand and the Coronavirus epidemic causing havoc with global economies, I expect the oil price to crash another 22%.

Here's why…
________________________________________
Bank fast gains of 389%, 52%, 32.89%, 37% and 135%... Whether the market goes – DOWN or UP!
Join a select group of private South African investors who make regular and substantial profits from this exciting method of trading the global financial markets. Whether the market continues to grow in the months ahead… or if it starts to fall again, you will still be able to make great returns.
Since the beginning of September 2019, Trader X and his followers have taken advantage of the global markets to bank gains of 389% from USD/ZAR... 52% from Brent Crude and 135% from the South African rand!
To find out how Trader X can help you trade these markets for potential large profits, go here for more information
________________________________________
Major travel restrictions = LESS FUEL
Early this year, the US State department recommended no travel to China due to drastic measures to contain the Coronavirus.
Since then the list of airlines halting travel to China has been on the increase including:
•    Virgin Atlantic
•    Air France
•    British Airways
•    Lufthansa
•    Lion Air and even
•    Seoul Air.
There has also been a reduction in flight schedules to China from American, Delta, United, Finnair, Cathay Pacific, and Jetstar Asia.
The air travel stoppages weren't the only restrictions, which lead to a drop in fuel usage.
The Philippines halted visas on arrival to Chinese nationals, Singapore and Russia closed its borders to Chinese guests while Hong Kong stopped trains from China.
These few travel restrictions I mentioned, are showing a major drop in demand for fuel.
In fact, China, which imports more oil than any other nation, is already cutting its refinery production this month by 600,000 bpd because of the reduced demand.
This means, just with the travel restrictions alone, China's oil demand can drop as much as 20%, (or 3 million barrels per day)
The world oil giants are also cutting millions of barrels of oil per day as demand drops
BP's CFO Brian Gilvary told Reuters last week that, the economic slowdown brought on by the virus will reduce oil consumption for the entire year by 300,000 to 500,000 bpd. That is roughly 0.5% of global demand.
And when demand for a product drops, the price falls with it.
Worst yet, I’m seeing two extremely negative (bearish) patterns forming on the Brent Crude oil chart…
Why this triangle and three black crows could take oil down 22% Looking at the daily chart of Brent Crude oil, we can see since the beginning of 2019, it's been forming what’s known as a descending triangle (shaded grey).
Basically, this is a chart formation where the price moves in a triangular pattern which forms lower highs while bouncing on the same low price.
In this case, the price has moved from a high of $84 per barrel, down to a low of $54.49.
The fact that the price has failed to form a higher high price for the third time, tells me that the sellers are winning the battle which will bring the price further down.
Not only that, in the past three days, another bearish (downward) price pattern has formed.
It’s known as the 3-Black-Crows.
Wikipedia explains it best:
“3-Black-Crows best unfolds across three trading sessions, and consists of three long candlesticks that trend downward like a staircase. Each candle should open below the previous day's open The pattern indicates a strong price reversal from a bull market to a bear market.”
Looking at the above chart, you can see the 3-Black-Crows, which signals that the bears (sellers) are in control and ready to send the Brent Crude price lower.
Let’s enlarge that part of the chart so you can see better…

Once this price breaks below, $54.49 the first target we can expect oil to hit is at its previous strong floor level, which stood in 2016, at $42.48.
This is a 22% plunge, which we can profit from…
________________________________________
Our Publisher Is Doing Something Very Special!
The New Year has begun…
And to start it with a BANG, our publisher Annabel Koffman has decided to hand out R2,870 bonuses to a small group of readers.
Our records indicate you’re part of this exclusive group. Congratulations!
Get your gift HERE.
But hurry and do it now… this offer is only valid until 29 February 2019.
Click here now to claim your R2,870 bonus.
________________________________________
Here are three ways to profit from the Brent Crude oil crash
First, you can sell (go short) the Brent Crude CFDs and hold until it hits the price target.
Second, you can wait for my SMS with Red Hot Storm Trader where we can look to short resource stocks that fall when Brent Crude drops in price such as, Sasol, BHP Billiton and Anglo American.
Third, you can get on board and profit from offshore commodities and stocks with Pickpocket Trader.
Trade well,

Breaking: Is this the next oil crisis?
Rate this article
Note: 3.25 of 2 votes