Does it still pay to invest in gold? 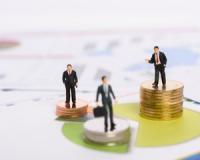 Gold's been a form of money, an investment and a store of value for almost as long as modern day man has walked the earth.

Some argue gold is a barbaric relic that no longer holds the monetary qualities of the past. They say paper currency, or electronic currencies such as Bitcoin, are the assets of choice.

But the fact remains that gold has been a very stable appreciating asset for centuries. Just have a look at this price chart of gold since the year 2000…
The shiny metal has been on a one way ride up all the way.
And right now gold in rand terms is at its highest levels ever – without showing signs of weakness.
________________________________________
'Why I think these gold shares could make 2019 the most profitable year of your life...'
Why these gold stocks could make 2019 the most profitable year of your life
Get clued up right now and you could bank profit after profit after profit!
Gold Play # 1
Gold’s rally could make you 113% this year from this mining junior
Gold Play # 2
This SA Producer’s Gold windfall is about to pay off big time – Get in Now
Here’s the full story…
________________________________________
A brief history of gold as an investment
While gold's history began in 3000 B.C, when the ancient Egyptians started designing jewellery, it wasn't until 560 B.C. that gold started to act as a currency. At that time, merchants wanted to create a standardized and easily transferable form of money that would simplify trade. The creation of a gold coin stamped with a seal seemed to be the answer, as gold jewellery was already widely accepted and recognized throughout various corners of the earth.
Following the advent of gold as money, its importance continued to grow throughout Europe and the U.K., with relics from the Greek and Roman empires prominently displayed in museums around the world, and Great Britain developing its own metals-based currency in 1066. The British pound (symbolizing a pound of sterling silver), shillings and pence were all based on the amount of gold (or silver) that it represented. Eventually, gold symbolized wealth throughout Europe, Asia, Africa, and the Americas.
Back in the 1800’s most currencies in the world were pegged in value to gold. The system required adequate amounts of gold and silver to back paper currency.
Even though gold no longer backs the U.S. dollar (or other worldwide currencies for that matter), it still carries importance in today's society. It is still important to the global economy.
As proof of that you can simply consider the fact that central banks the world over are still buying up hoards of gold. In fact, in 2018 central bank demand for gold shot up 73% according to this report!
Is gold still the same store of wealth it was in the past?
So, considering the history of gold – and the fact that it is no longer used as a currency, is gold still a valuable investment?
Well, in the past year gold in rand terms is up 16%.
In the past 2 years, it’s up 23%.
Over the past decade it is up 156%.
And over the past 20 years it is up 1180%.
So you can decide for yourself.
________________________________________
“If you want to make a killing from cryptocurrencies – read this book as FAST as you bloody can!”
I’d like to rush you a copy of my book, Crypto Revolution, right away.
Inside you will find everything you need to understand this financial revolution…
And take maximum – potentially life-changing – advantage of it.
Including the name of the coin I am calling “The Bitcoin Killer”…
A cryptocurrency that could ultimately climb 20,000% from where it sits today.
CLAIM YOUR BOOK IMMEDIATELY
________________________________________
So what are the best ways to invest in gold?
Gold investment #1 – Krugerrands
You should own some krugerrands. These are very handy, safe investments. In short – a krugerrand can be converted into currency anywhere in the world. They have a standardised value – and tracks the gold price.
This is handy as an ‘emergency’ stash. Krugerrands also do not attract capital gains tax – so there’s that benefit as well.
Gold Investment #2 – ETF’s
Gold ETF’s track the gold price in the same way that krugerrands do. The difference being they trade on the stock market and are backed by gold in a vault somewhere. So you don’t actually hold real gold in your hands.
This is safer – in terms of the risk of your gold being stolen – but it is also costlier. Gold ETF’s charge an annual management fee that covers the costs of being listed, of admin and storage costs for the gold. This isn’t massive but it can take anywhere between 0.5% to 2.5% off your investment per year.
Gold Investment #3 – Gold miners
Gold miners are the riskiest kind of gold investment because they are very sensitive to changes in the gold price.
A 5% drop in the gold price could see a gold miner lose 50% of its value.
But in the same way a 5% increase in the gold price could see that same gold miner rise 50% in value.
Right now my favourite gold miner is up 58% in the past 3 months. And I foresee this doubling as the company completes the building of a mammoth new gold project. Check out my Red Hot Penny Shares newsletter for more info on this, and another incredible opportunity in the gold sector.
Here’s to unleashing real value,

Does it still pay to invest in gold?
Rate this article
Note: 4.5 of 4 votes