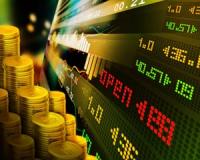 Did you know since the start of the year, gold has risen to just about 16%.

It's been a great year for not only investors, but for us traders as well.

In fact, this year alone with Red Hot Storm Trader, we've managed to bank three out of four winners on Anglo Gold with the gold rise including…

Now, there are a few catalysts that we suspect have been the cause for gold's rally this year.

If you've missed your opportunity to buy and profit from gold this year, you're not too late yet.

In today's article, I'll go through my five reasons for the rally in gold in 2019 and why I expect it to rise another 5% before year end.
________________________________________
4 out of 4 game predictions on the mark!
There's still time to profit from the 2019 Rugby World Cup if you know how!
Join one small, group of bettors who have have pocketing windfalls of R1,280... R1,420.. even R1,889... from the most important matches!
________________________________________
Reason #1: Trump versus Turkey
As I mentioned in the previous article, in the middle of October, President Trump vouched to add heavy duties and boost tariffs on the country’s steel and to cut off a $100 billion trade deal following Turkey’s invasion of north-east Syria.
These new sanctions have led to uncertainty in global markets, which has helped boost the yellow metal’s price as it’s become a safe haven for investors.
Reason #2: Never-ending Brexit
Have you seen the Disney Movie called the Page Master?
Basically, it’s about this kid who get’s caught inside a book and needs to find his way out by going through three different chapters (Horror, Action and Fantasy).
The thing is, he can see the EXIT sign from the beginning of his journey until the end but it just takes forever to get there.
I feel the same is with the uncertainty with the Brexit exit from the European Union. And as they get closer and closer to a decision, something else comes in the way pushing that exit sign further away.
For example, now they need to prepare for another public vote. And since the end of 2018, we have seen an extensive increase in retail and institutional investments in gold since then as the Brexit uncertainty continues.
Please note: I’m going to have to write more about this issue in the following articles as it involves the Great British pound, how the FTSE 100 has performed, the political stance with Boris Johnson and so on… Make sure you save us to your address book, to not miss this article…
Reason #3: The Fed finally decided to cut the interest rates
As the Fed has started cutting interest rates, this will result in investors (and traders) boosting their net long (buying) positions in US gold futures and options.
In fact, analysts and estimates from the CME FedWatch Tool has priced in an 83% chance of another 25bps cut into the next FOMC meeting before the end of this year.
This will once again accelerate the rise in gold positions as I mentioned above.
Reason #4: Gold ETFs are on the rise
According to new data from the World Gold Council, global-backed exchange traded funds (ETFs) hit record assets under management in September.
Here’s what Suki Cooper. Executive Director, Precious Metals Research at Standard Chartered Bank had told Bloomberg.
“Although we’ve seen ETF holdings and tactical investment hitting elevated levels, like peak highs, we think retail demand is really going to be what drives the next leg higher,”
“Retail investors almost want confirmation of further rate cuts, some weakness in the equity markets before they move into gold. The next leg higher in 2020 is going to be led by the retail side.”
Clearly, we have seen investor interest in gold even with the gold ETF inflows. And as always, the proof is in the charts.
Reason #5: A powerful buying pattern is emerging

________________________________________
We’re entering a new investing era on the JSE, are you on board to profit?
The Great JSE Takeover is ON!
Recently News24 reported that PepsiCo was coming for a slice of the JSE’s Top 100 profits.
Food giant PepsiCo plans to spend R24 billion to buy the SA maker of Liqui-Fruit and Bovril – in one of its biggest ever deals outside the USA
We’re entering a new M&A era, reader.
International disruptors large and small are turning our local stockmarket upside down.
What you should do is own these SA companies before they become takeover targets.
________________________________________
Why I expect another 5% rally in Gold before year end – and how we can profit from it
Looking at the above daily chart of gold you can see that since the end of August 2019, gold has been coming down and constricting in a triangular pattern.
With trading this is known as a Continuation Falling Wedge Pattern. The characteristics involve:
• A previous uptrend (green arrow) (Tick)
• A downward triangle consolidation movement (shaded area) (Tick)
• A resistance (ceiling) level for the price to break above (Tick)
We can see that the price is flirting around the resistance of the falling wedge around 3/4s of the apex.
Once we get a breakout to the upside, this will boost the demand and buying which will send the gold price to the top of the falling wedge.
Which in this case my first target for gold to hit will be at $1,552, which is another 5% rise still to come.
Here are three ways we can profit from gold’s next rally in 2019
Either, you can simply buy the Gold CFDs follow your money management rules and hold them until it hits the new target of gold.
Or you can wait for my next SMS and email where I'll send out gold stock trade tips that move up when the gold price rises…
Trade well,

Timon Rossolimos,
Analyst, Pick Pocket Trader
P.S: I have a gold trade lined up and ready to go, so make sure you click here to make sure you don’t miss your next SMS…
Tags: timon rossolimos, gold, trade, trading, trump versus turkey, brexit, interest rates, gold etfs,

Five reasons for gold's rally in 2019 and why I expect it to rise further
Rate this article
Note: 4.75 of 2 votes