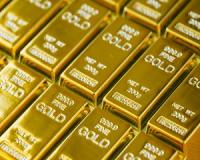 Currently the gold price has pulled back a bit from this sharp rally and sits at $1,408.
But here’s the thing – on 28 May gold sold for $1,276 an ounce. So the shiny metal is up 10.3% since then.
What’s behind this sharp rise – and could it continue?
________________________________________
Russia Is Dumping U.S. Dollars to Hoard Gold” - BLOOMBERG
“China's gold-buying spree continues as central-bank market booms” – BUSINESS INSIDER
“Central bank gold buying hits highest level in half a century.” - CNBC
One of the most powerful investors in the world – George Soros, who has a net worth of $8.3bn – recently took a "massive position" in gold.
These are the biggest buyers in the financial world. Market movers.
They are buying gold at a record breaking pace… and that tells me they are preparing for a crisis.
Do not get left behind.
Let me show you how I think you could profit from the rush into gold…
Everything you need is in my Gold Playbook for 2019.
________________________________________
Three things behind the soaring gold price
Right now there are three catalysts behind the rising gold price. They all form part of the classic reasons gold rises – economic woes, political tensions and monetary policy. Let me explain…
Gold price catalyst #1 – Iran/US tensions are rapidly rising
Iran recently shot down a US drone. Iran said it was within the country’s airspace, the US says it was within international airspace.
For the first time, the Trump administration has taken a more sensible approach and adopted the approach of sanctions rather than military actions on Iran.
Nonetheless, it is not to say that this hasn't made the situation more complicated in the most sensitive area in the world. Iran has shut the door for any diplomatic path and this means the uncertainty may well continue to rise. This is likely to keep pushing the gold price higher and it can easily cross the level of $1,500 – especially if a US/Iran war were to break out.
Gold Price catalyst #2 – Trade Wars
The USA, Europe and China are all in trade wars against one another at the moment.
That means these countries are applying tariffs to imports from one another in the hopes of stimulating local manufacturing instead of importing goods predominantly from China.
This has caused a slowdown in world GDP growth, trade and is starting to also affect emerging markets.
Whilst Trump is set to meet with China’s President Xi in the coming week, a solution probably won’t be forthcoming yet – and it will continue to linger possibly even escalate.
Gold Price catalyst #3 – US monetary policy is turning again
Gold prices usually rise when bond yields drop. That’s because investors looking for safety rather own gold than bonds that aren’t paying enough interest.
Right now the US Federal Reserve Bank has started hinting it will lower interest rates again soon.
This comes after nearly three years of interest rate hikes. US 10 year bond yields rose from 1.3% in July 2016 to a high of 3.24% in October 2018. Since then they’ve been dropping in anticipation of interest rate decreases in the US, with the bond yield now sitting at 2.0%.
Should the US economy slow down when second quarter of 2019 GDP figures are released – the gold price will soar.
Gold’s latest strong breakout happened as the US Federal Reserve Chairman Jerome Powell said last week it would “act as appropriate” to keep the current economic expansion going. Powell’s dovish comments increased the odds of the Fed cutting rates in July.
The Fed’s easier policy has also weakened the dollar. Against a basket of currencies, the dollar hit its lowest level since March on Monday 24 June 2019.
________________________________________
“If you want to make a killing from cryptocurrencies – read this book as FAST as you bloody can!”
I’d like to rush you a copy of my book, Crypto Revolution, right away.
Inside you will find everything you need to understand this financial revolution…
And take maximum – potentially life-changing – advantage of it.
Including the name of the coin I am calling “The Bitcoin Killer”…
A cryptocurrency that could ultimately climb 20,000% from where it sits today.
CLAIM YOUR BOOK IMMEDIATELY
________________________________________
Gold could retest its $1,900 all-time high
According to David Sneddon, Technical Analyst at Credit Suisse: Given the fact that gold has formed a strong base at its current price level for six years the bank “suspect we could even see a retest of the $1,921 record high”.
Morgan Stanley’s commodity strategist Susan Bates said gold is the firm’s No. 1 commodity pick.
“Morgan Stanley’s forecasts of falling real rates and a bearish US dollar outlook, against an uncertain macroeconomic outlook, should lend significant upside to gold’s price through 2H19 and into 1H20,” Bates said in a note Monday.
The metal is seen as a safe haven and store of value during times of a weakening dollar, slowing economic activity and increased geopolitical tensions.
If gold hits $1,900 that would signal a rand gold price of around R855,000/kg compared to today’s R640,000/kg.
This would be immensely positive for the South African economy and for SA based gold miners… In fact, I’ve just released my top two gold plays for 2019 to my Red Hot Penny Share readers… you can get the details here.
Here’s to unleashing real value,

Francois Joubert,
Editor, Red Hot Penny Shares
P.S. I’ve identified two local gold producers whose stock prices are set to soar thanks to this shift to gold, you can get full details on them here.