Has gold lost its “safe-haven” status? 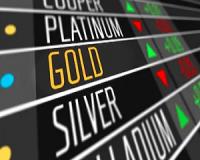 Lots of people think of gold as a hedge against uncertainty. And that's usually the case.

But over the past two weeks, something odd happened in the gold market… From 9 March to 19 March, the dollar gold price fell from $1,679 to $1,472.
If gold is the ultimate hedge against uncertainty, why then, did it fall double digits (over 12%) in less than two weeks?
Has it lost its safe-haven status?
Not exactly!
Here’s why…
________________________________________
This has to be one of the best investments right now!
• NO Tax on interest earned
• NO Tax on dividends
• NO Tax on income
• NO Capital Gains Tax
Learn more here…
________________________________________
When crisis hits, history says you shouldn't expect a big pop in gold right away
Most investors believe gold is a crisis hedge that immediately goes up when stocks crash. But it isn't always that simple.
Yes, gold is a crisis hedge. And it does a great job. But the way it gets there isn't what most would expect.
The Great Recession of 2008 is the perfect example…
As the housing crisis unfolded, gold traded sideways, largely falling alongside the S&P 500. It looked like investors had no safe haven... But that wasn't the case.
In reality, the issue was patience.
Investors who got into gold as the crisis unfolded did incredibly well... eventually.
It just took a little time. But just about any investment in gold – whether during or after the crisis began – led to outperformance over stocks.
Even as the market recovered in 2009, gold was the better bet!
If you had bought stocks in April 2009, just a month after the S&P 500 bottomed, you would have underperformed gold over the next year. Fast-forward to 2010, and the story is still the same... Gold buyers outperformed the market over the next year.
In short, for the first three years of the recovery, gold outperformed (soaring over 100%). Not stocks.
________________________________________
Make Double Your Money without Knowing a Thing
about Trading
If you can follow simple instructions, then I’ll show you how to consistently make money no matter what the markets are doing.
You won’t have to do research. And you won’t need to worry about support lines or resistance points… Unless you really want to.
All you have to do is relax and watch your money grow.
Click on the link to learn more about my incredibly simple plug and play investment strategy.
________________________________________
We're starting to see this play out again now...
The news of the coronavirus broke in January. And you might have expected to see a big jump in gold prices. After all, a new SARS-like infection is scary.
The metal did jump at first, before stocks started falling. But over the last couple of weeks, gold’s fallen alongside stocks – similar to what we saw in 2008.
Gold tracked stocks as the crisis began to unfold... Then, over the coming years, it dramatically outperformed thanks to low interest rates, uncertainty and high fears.
In times of crisis like right now, you shouldn't worry about timing the gold market exactly right. You just need to take advantage of the near-certain rally over the long term.
History says that buying gold today is a recipe for long-term outperformance. All you'll need is a little patience.
Just consider over the last 7 days, gold proved its safe-haven status and powered through $1,600 again! And this could be the start of big gains to come.
See you next week.

Joshua Benton,
Managing Editor, The South African Investor
P.S. My colleague Francois Joubert, has pinpointed five penny stocks that could profit in the next 12 months irrespective of the crisis and you can get a preview of the them for free here. One of them is the gold stock I mentioned earlier that could rise as much as 70% within the year thanks to the gold price!
Tags: joshua benton, gold, dollar, gold market, investing,

Has gold lost its “safe-haven” status?
Rate this article
Note: 4.33 of 3 votes