Here's how to profit as the Oil Price Collapsed to -$40.32 last night 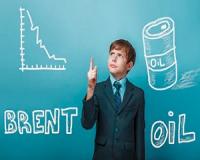 Headlines this morning will be dominated by the fact that WTI traded at -$40.32 a barrel before settling at just over $1.

Most retail investors will be thinking they have missed out on the trade of a lifetime when Oil trades above $20 today (when the June contract starts trading).

But the only people who could have made big money buying oil at near zero or negative are those who can take physical delivery of it within the next two weeks.

Let me explain…
________________________________________
Read: How to generate double and triple digit profits in a matter of  days from Brent Crude, Porsche, Gold and other hard assets
________________________________________
The benchmark price of oil didn’t go negative last night, but the May future on WTI oil went negative.
WTI is also known as American oil and different to Brent crude.
This is due to storage being almost full.
Owners of the May futures contract have to take physical delivery of the crude by latest 31 May. But as limited storage capacity is quickly filled and rates for Very Large Crude Carriers (VLCCs) skyrocket, if you’re taking physical delivery you will incur significant costs. And buyers want to be compensated for that.
The daily rate of VLCCs increased from a low of $40,000 per day in April to $180,000 a day last night.
It can accommodate up to 2 million barrels or roughly 4 days of South Africa’s oil consumption.
That’s around $0.10 per barrel per day to store it on a tanker and it costs around $5 per barrel to get it to the tanker in the Gulf coast.
So, there is significant costs to parking oil until you can sell it later for a profit. And they are taking the risk of the price dipping further.
The June, July, August and September contracts are trading from $21 to $30 a barrel.
________________________________________
Trade from anywhere on any device!
Use this Direct Market Execution system to trade Shares, Commodities,
CFDs and Forex from one account in Rand.
Go to: www.protrade.co.za
________________________________________
The safest way to profit from Oil
Long term investors looking to profit from an oil price recovery over the next 12 to 18 months can look at Standard Bank’s Oil ETN (SBAOIL). It has traded above R12 in the beginning of the year and is currently trading below R6 a share.
Standard bank manages the risk on the WTI oil futures that it uses to get you exposure to WTI oil. So, it’s safer than buying the futures offshore and risking physical delivery.
I would look at buyin SBAOIL below R6 for a move back above R10.
It started the year above R12.00.
See you next week.
Gavin McCarter,
Contributing Editor, Money Morning
P.S. If you think Bitcoin is dead, think again!
Tags: gavin mccarter, oil, resources, investing, standard bank's oil etn, sbaoil, wti oil, brent crude