Higher platinum demand HALVES surplus stocks - could this be the year for platinum? 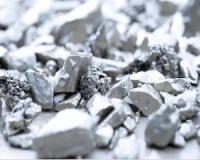 The platinum price has been depressed for a couple of years because of high surpluses on the back of mining and recycling of the metal putting more of it in the system than is being bought up by investors and producers.

At the same time supply of platinum only increased 4%.

And whenever there's faster increases in demand than there is of supply, well the price goes up.

So what's behind this, and could this be a turning point for platinum?
________________________________________
How to unleash a steady flow of work-free income... deposited directly into your account
You won’t work for a cent.
You can tap this stream of passive “paycheque” income for as long as you like!
Some people who do this retire early.
Others pile the money on top of what they’ve already socked away, speeding up the growth of their nest egg.
It doesn’t matter what you decide to do, you’ll get paid either way.
Discover how you can do this too…
________________________________________
Lower platinum mine production could send the metal’s price higher
The World Platinum Investment Council released figures for the second quarter of 2019 recently and it looks like platinum could be close to a turning point.
Total supply slipped by 1% year-on-year to 2,110 koz (-25 koz).
This was mainly because of a 35 koz drop in total mining supply, with a slight increase in recycling.
Mining supply dropped because of lower yields in Russia and South African mines selling less stock.
Recycling increased by around 10koz on the back of higher auto catalyst recycling.
I expect mining production from South Africa to continue decreasing though. You see, Sibanye Stillwater recently acquired Lonmin.
And as part of the acquisition it planned on shutting Lonmin’s loss making shafts.
That means East 1, West 1 and Hossy shafts as well as open cast operations will be shut down.
A total of 5,270 jobs will be cut.
What this means is simple – Lower platinum production.
In fact, these operations alone could mean a drop of 130,000 ounces of platinum production per year!
So, the shuttering of these operations could cut the platinum supply surplus by nearly 40% (after it was cut by 50% this year).
In the meantime Impala Platinum is still mulling shutting three shafts at its own operations. Decisions on these will be taken in the coming twelve months.
Last year, Implats said plans to restructure Rustenburg would cut about a third of the mine’s workforce – more than 13 000 jobs – over two years, and reduce the number of active shafts to six from 11, which would have cut the company’s output by about a third by 2021.
The company said it has reduced its employees by 1 300 so far.
This turnaround is in the making – but it’s not yet there
Basically platinum supply needs to go into a deficit before the market will boom.
For this to happen one of two things need to happen.
Unprofitable shaft closures at mines, like Impala Platinum, needs to be done.
Or demand for platinum needs to increase.
Because of politics in SA shaft closures are a slow process. Whilst I expect there will be further decreases in production, they will be slow and will happen over the next two to three years.
But the more supply slows down, the more excited investors will become.
2019 figures forecast that investment demand for platinum will grow to 905,000 ounces from 275,000 ounces in 2017. That means there’s already been a big increase. Any further increase in investment demand, alongside mine closures could quickly take platinum into a supply deficit…
________________________________________
“The COIN KING that could turn R500 into R110K!”
“How to make your first MILLION buying and holding cryptocurrencies…"
“Crypto Revolution”
The best-selling book in the hands of over 30,000 investors
Your today for R100
CLAIM YOUR BOOK IMMEDIATELY
________________________________________
Platinum’s low price makes it an attractive target
Today, gold is trading for around $1,500. So if platinum traded in line with its historic 34% premium over gold, then platinum would trade for more than $2,000 an ounce – like it did back in 2008.
Here's the amazing part... Platinum isn't trading at its historic average value, which would put it at $2,000 an ounce today. Instead, it sells for less than half that.
In the same way platinum is trading at a massive discount to palladium. But historically it’s traded at a premium…
And with Palladium around the $1,600 level, platinum would have to DOUBLE…
Platinum is dirt-cheap right now. It would trade above $2,000 an ounce if it were to get back to its typical premium to gold, and the same goes for its premium to palladium.
The metal needs to more than double to hit that level... And that's why you should consider owning the king of precious metals right now.
There’s a lot that needs to happen for platinum’s price to soar… But there’s also a lot more upside in platinum from current levels to its all time highs than for gold, silver or palladium…
Here’s to unleashing real value,

Francois Joubert,
Editor, Red Hot Penny Shares
PS. If you haven’t yet signed up to Pickpocket Trader you could be losing out on regular gains of  52% ,65% and even 389% all in less than 4 weeks.
Tags: francois joubert, platinum, production, resources, buy, low price,

Higher platinum demand HALVES surplus stocks - could this be the year for platinum?
Rate this article
Note: 3 of 3 votes