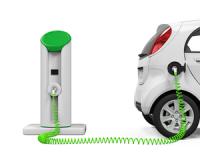 The revolution in electric vehicles set to upturn industries from energy to infrastructure is also creating winners and losers within the world's biggest commodities markets.

When Tesla first passed Ford's market cap, it was a big deal.

The company is now larger than BMW, making it the fourth largest car manufacturer in the world (based on market value).

While some of the largest diversified miners such as Glencore PLC argue fossil fuels such as coal and oil still play a crucial role supplying energy needs, they'll also benefit the most from a move to electric cars, requiring more cobalt, lithium, copper, aluminium and nickel. All of these metals stand to benefit significantly as demand for electric cars grow…
*****************************
The Wealth Secret of Columbia Room 305
Professional investors Walter Schloss, Irving Kahn and William J. Ruane all used it to make a fortune. I use it in every investment decision I make for over 30,000 subscribers.
Today, I’ll show you how to use this exact secret - something that’s made fortunes for other people – to see how much money it could make you.
I’m looking for 300 investors to get started with this right away – as soon as I get your permission to post you one thing that isn’t available anywhere else...
*****************************
Electric cars are taking over the world – much faster than anticipated
A 2012 study by oil producing companies put electric cars at 1.2% of the global vehicle fleet in 2035.
By 2015, these same companies revised their forecast upward to 6%. That means they were wrong by a factor of FIVE TIMES in a mere three year period. I believe these figures are still a bit conservative…
According to Morgan Stanley’s “Global Autos and Shared Mobility” team of analysts, electric cars will take over the world.
A recent article by the MIT Technology Review states that “Electric vehicles will become a more economical option than internal combustion cars in most countries in the next decade.”
And according to Bloomberg New Energy Finance around one in three cars in the world will be electric by 2040. Currently there are roughly a million electric cars in the world, compared to 1.2 billion cars in total.
That means, for electric cars to reach the one in three mark they will grow from the current million to 400 million.
That is 400 times growth!
Simply put, the electric car market is at the precipice of truly MASSIVE growth.
And there’s a way to take advantage of it right now. Let me explain…
*****************************
The fastest way to pocket R400 - R560
or more each week…
It’s a system that has been tried-and-tested and has the potential to pocket R400 - R560 or more each week...
And it’s those regular profits, (even the small ones), that really add up in the end.
But I should say, this has been going like hot cakes recently (especially being half price and with a 30-day risk-free trial).
So, if you’re serious about giving this a go…You should secure your discount price today, before they’re all gone.
*****************************
These metals, and tiny SA based companies, are set to boom thanks to electric cars…
No matter how you look at it, electric cars (or hybrids) are fast becoming the norm in first world countries. The growth rates for this sector are potentially huge, and it is simply too big an opportunity to ignore…
Here’s to unleashing real value

How the world's fastest growing car producer is shaking up the commodities market
Rate this article
Note: 5 of 1 vote