Is oil really on its way out? 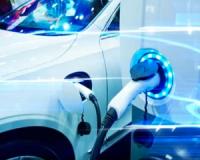 Dear reader,
In a recent statement oil giant Shell said “oil production peaked in 2019, and that we can now expect it to decline gradually by 1 or 2% per year.”
Oil major BP has come out by itself making a similar claim. According to BP the world has reached ‘peak oil’.
BP expects oil demand to fall by AT LEAST 10% this decade and up to 50% in the next 20 years…
Global oil demand has doubled over the past 50 years, reaching around 100m barrels per day in 2019.
By 2018, BP’s outlook started to foresee an end to the upwards march for oil, with demand peaking by the mid-2030s. But the downwards revision in this year’s edition is much more dramatic – with the company expecting oil demand peaked Pre-Covid and won’t surpass these levels again. It expects any recovery in oil demand to be from developing markets, while the developed world will continue to rapidly replace their oil demand with greener energy.
________________________________________
No ordinary stock recommendation…
We do go on about the state of the economy and financial markets.
But as an investment publisher, our bread and butter is investment recommendations.
When it comes to ‘stock tipping’, you need to be prepared to lose money if you’re wrong. No matter how much research you do.
Every now and then, though, a stock recommendation comes across my publishing desk for signoff that REALLY gets my attention.
This is just such an occasion.
________________________________________
Electric cars didn’t brake for Covid
While both BP and Shell expects oil demand to drop, OPEC thinks it will continue to increase as more cars are sold in the coming decade.
But OPEC’s forecasts don’t account for electric cars at all.
And while oil demand dropped during the Covid pandemic, demand for electric cars just kept growing.
While every single ‘traditional’ car manufacturer saw a sales slump in 2020, electric car manufacturers saw large increases in sales.
Europe superseded China as the global driver of electric car sales in 2020 for the first time in five years, as total EV sales jumped 43% despite the COVID-19 crisis hitting overall car sales, according to data from EV-volumes.com.
Sales of plug-in passenger cars in Europe in 2020 rose 137% year on year to almost 1.4 million in a "disturbed" auto market that was down 20% year on year overall, EV-volumes said, citing preliminary data. In China, EV sales rose 12% last year to 1.34 million vehicles.
Global EV sales rose 43% to reach 3.24 million units for the first time and their global market share increased from 2.5% in 2019 to 4.2% in 2020.
Electric car sales to continue rising from 2021…
Forecasts show electric car sales will hit 4.6 million cars in 2021. That means electric cars will make up more than 6% of total world car sales in 2021.
In Norway for instance 68.5% of all new cars sold in 2020 were electric. Iceland came in second with 25% of all new cars being electric.
As electric car sales become a larger % of total car sales it becomes easier and easier to sell more, as there will be more charging stations, economies of scale will make them cheaper and the pressure to move away from internal combustion engines will grow.
Car makers are rapidly pushing to boost EV production
Tesla enjoys the most market share for electric vehicles, and is definitely the highest profile company at the moment.
But the major automakers have all started investing in electric cars by now.
Volkswagen perhaps have made the biggest bet – with the company planning to spend USD86 billion over the next five years.
Volkswagen said it would allocate nearly half its investment budget of 150 billion euros on e-mobility, hybrid cars, a seamless, software-based vehicle operating system and self-driving technologies.
Volkswagen has said the European Union’s more stringent emissions targets will force it to boost the proportion of hybrid and electric vehicles in its European car sales to 60% by 2030, up from a previous target of 40%.
Pressure to retool factories to build electric cars has also increased after California, which accounts for 11% of U.S. car sales, said in September that it plans to ban the sale of new gasoline-powered cars and trucks from 2035.
Conservative estimates put electric car sales at 6.9 million annually by 2025. A Deloitte report forecasts EV sales to hit 11.2 million annually by 2025, with 2030 estimates being around 31.1 million or around one in three new cars sold…
Simply put – even if the developing world ramps up oil demand towards 2025 – the replacement of that with EVs and other greener technologies will likely outstrip it. According to BP’s bullish scenario – oil supply will grow up to 2025, and thereafter start its decline.
In short – we’ve already hit peak oil.
And even if we haven’t – it can’t be more than four years away. And then oil will slowly become a commodity of the past…
________________________________________

PickPocket Trader is Cooking!
In Jan and Feb, this year Pickpocket Trader closed four winning trades in a row. That’s an incredible 228% cumulative gain in less than 2 months.
And they are closing in on their 5th winning trade as I write….
________________________________________
With EV sales shooting through the roof – these industries stand to profit
When it comes to EV’s we always hear about metals like cobalt and lithium.
But there’s another metal that stands to make massive gains on the back of the EV industry’s growth.
Copper is essential for the efficient performance of all types of electric vehicles. A pure electric vehicle contains more than a mile of copper wiring in its stator windings. Besides its use in electric motors, copper is used in batteries as well as inverters, wiring and in charging stations, owing to its durability, malleability, reliability and superior electrical conductivity.
A typical EV contains 10 times more copper than a conventional vehicle. While conventional cars contain roughly 10-25kg of copper, a hybrid electric vehicle (HEV) typically contains 40kg of copper and a battery electric vehicle (BEVs) typically contain more than 90kg of copper, a single battery electric bus contains a whopping 400kg of copper.
Now here’s the thing – at 1 in 40 cars being an EV the industry hasn’t made that big a dent in the copper market yet. But imagine when car sales hit the point of 1 in 10 cars worldwide being an EV…
That would easily mean 640,000 tonnes of extra copper demand per year. Conservative estimates are that by 2027 the EV market alone will account for an additional 1.7 million tonnes of copper demand per year!
And what’s more – this doesn’t even consider all of the charging stations that’ll be built to accommodate these cars.
Estimates are that around 40 million new charging ports for EV’s will be built by 2027 – adding another 100,000 tonnes of copper demand to the system annually.
So, you should look wider than just car manufacturers to benefit from this trend – over the medium run there will be many other companies transformed thanks to rapid growing demand. We’ll see new utilities companies arise, instead of oil companies with filling stations, it’ll be electricity companies with solar and wind power operating charging stations. Copper miners and recyclers will have their hands full to produce enough of the metal.
Here’s to unleashing real value
Francois Joubert
Editor, Red Hot Penny Shares
Tags: francois joubert, investing, electric car, oil,

Is oil really on its way out?
Rate this article
Note: 4 of 5 votes