Is South Africa about to turn into a major oil and gas producer? 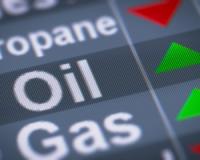 It discovered gas condensates 175km off the coast from Mossel Bay in the Western Cape.

This discovery was termed as ‘world class' by Total.

President Ramaphosa mentioned it in his state of the nation address.

And it's been a talking point in many newspapers these past two weeks.

So how big is this discovery - and what does it mean for investors (and South Africans as a whole)?
________________________________________
This simple strategy beats ANY investment hands down - and to claim R1,558, R1,433 or even R1,342 instant payouts, simply add me to your contacts...
There's no big secret. No flashy equipment. No pie-in-the-sky schemes...
Quite simply, I'm going to make you an extra R5,100 a month from trading...
The SMS’s I'll be sending you will each contain simple, profitable trade instructions.
Sceptical? I understand…
Find out more here.
________________________________________
Could this discovery change South Africa forever?
The gas would be a welcome find for PetroSA’s gas to liquids plant in Mossel Bay – because PetroSA has run out of gas…
Total’s discovery is mainly a gas discovery with smaller amounts of light condensate oil mixed in.
Total’s projections put the scale of the discovery at around 1 billion barrels of oil.
So, to put that into perspective for you… South Africa uses around 600,000 thousand barrels of oil per day.
That means this single discovery is enough to supply the entire country’s needs for around 4.5 years.
Typically, it would only be extracted over a 20-year period – so it would replace around 20% of the countries imported oil and gas!
This find really is a big deal. You see, last year, ExxonMobil discovered a total of 895 million barrels in wells across the world – it was the most successful explorer worldwide.
In this single discovery in South Africa, Total’s find of 1 billion barrels trumped that.
According to some estimates Total’s Brulpadda find is three to five times bigger than all the gas finds so far in South Africa put together,  says Kramer.
More than 300 offshore wells have been drilled in South Africa over the past decades – but only in relatively shallow seas. Total’s Brulpadda find was South Africa’s first deep-sea well.
Dr Azzar Jammine, director and chief economist at Econometrix, said he was aware that Total’s find was about R1trillion over 20 years.
So that’s about R50billion, which equates to about 1% of the gross domestic product. If it works, that’s great.
In short, this could jump start South Africa’s economic growth.
And it could be only the beginning.
Total says it will now continue drilling as it expects it could fine even more resources in areas it has rights for.
The find is also next to a block that PetroSA has exploration rights for – so there might be a find in store for the SA government.
Further upside could be that more companies will now be encouraged to explore offshore waters further alongside the South African coastline. And considering the investment to drill this find was around $150 million – a fair bit of cash could flow into South Africa from exploration alone.
This discovery nearly didn’t happen!
Total had initially given up on drilling the Outeniqua Basin where the oil and gas was discovered back in 2014.
That’s because the ocean bed it was working in is up to 2km deep. What’s more, there are very strong ocean currents in the area. Making work very difficult and its drill rigs just couldn’t do the job.
But fortunately, Total got Odfjell Drilling, which owns a special kind of drilling rig to do the work in the end.
It started in December 2018 – and quickly paid off as the well was drilled 3.42km deep, hitting pay dirt in less than three months.
________________________________________
Receive 30 days’ worth of proven Winning Streak selections COMPLETELY FREE – you won’t pay a single penny.
Only 50 Places Available – Reserve yours now RISK – FREE
Join The Winning Streak today, and make R1,180 - R1,450 or more TAX-FREE per week.
________________________________________
Don’t get excited too soon though – exploration takes a long time to turn into production
Whilst an extra 1% economic growth a year would be very welcome for South Africa right now, this find isn’t our answer.
That’s because from here Total will first continue doing more exploration.
And only when it has fully explored the area will it move into action.
You see, according to Total Exploration GM, Adewal Fayemi, the industry rule of thumb is for a find like this to take eight years before going into production.
So unfortunately, we’ll have to wait a number of years before the potential of this is actually realized.
In the meantime, you could be looking at investments of oil & gas companies, shipping companies and drilling companies that could benefit from a find like this.
Here’s to unleashing real value,

Is South Africa about to turn into a major oil and gas producer?
Rate this article
Note: 4 of 3 votes