Is this the catalyst that'll send gold to new all-time highs? 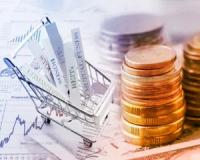 In October 2019 the US Federal Reserve Bank announced that instead of shrinking its balance sheet by $50 billion a month it is now PRINTING $60 billion worth of money extra per month!

That's right… The bank was in the process of unwinding the nearly $4 trillion worth of money it printed to get the US economy going following the 2008 financial crisis.

Now it is printing more money each month, than it was unwinding. Effectively they're back on quantitative easing (QE).
________________________________________
Five Takeover Stocks set to disrupt the JSE
These five stocks are pioneers in a disruptive step change in the JSE that’s going to unfold over the next 12 months.
And owning a portfolio of the right Big Five disruptors now could be one of the smartest investment speculations you ever make.
Find out why here.
________________________________________
The last time the US did QE we saw the gold price head for $2,000 an ounce…
Back in 2008 when the US kicked off QE, gold traded at around $840 an ounce. QE1 that started in 2008 and August 2010's second round of QE set off waves of buying that turned gold into a one-way for the next three years, culminating in September of 2011 with an all-time high of $1,921 per ounce.
At the end of November 2011, the Fed once again stepped in with a bond buying program, driving the gold price back above $1,800 per ounce from $1,600 per ounce in September.
In February 2012, gold plunged $75 per ounce within an hour following comments from the U.S. Federal Reserve indicating that a third round of QE3 was off the table.
Simply put – the US printing money means that the gold price goes up. And the more money the US prints, the more the gold price heads up.
As it stands, the US has now reversed its policy from selling bonds back to buying them (or printing money to be more accurate). I expect this will send the gold price back to all-time highs in US dollars…
Gold held by ETFs surges – and this will also boost the gold price going forward
Demand for gold from retail and institutional investors more than doubled compared to the same quarter last year, reaching 408.6 tons. Of this, almost two-thirds – about 258 tons – was attributable to buying by ETFs, the council said.
The balance of about 150 tons came from investors buying gold bars and coins directly.
Investors flock to gold when they are looking for safe places to stash cash amid concerns over slowing global growth and looser monetary policy.
According to Alistair Hewitt of the World Gold Council, “Investors have increased their exposure to gold in response to low interest rates, negative yields, and geopolitical and economic uncertainty.”
“But those same global trends, notably an economic slowdown in India and China coupled with the sharp increase in the gold price, mean many consumers have held off buying gold jewellery,” said Hewitt.
“Looking forward, we expect to see many of these trends continue into the end of the year as monetary policy is likely to become even more accommodative in the US and global political issues continue to weigh on sentiment.”
In short – they expect the price of gold to continue rising thanks to political uncertainty and investor demand looking for a safe haven as country’s see slowing economic growth and are required to stimulate economies by printing money…
________________________________________
Once you own this
Forex Profit Box
I want you to unsubscribe from me forever!
Find out why I’m making this bold statement now.
________________________________________
In rand terms gold is flirting with all-time highs already Looking at this chart you’ll see the chart for the Absa New Gold ETF.
From this it’s clear that gold is very close to the highest it has ever been in rand terms.
But in dollar terms we’re still around $400 away from the all-time high.
So what happens to gold in rand terms if the dollar price soars by $400?
Well, the Absa New Gold ETF would soar by 38% from its current R208 to R287.
But what if the rand weakens to say R16, and the dollar goes back to an all-time high of say $1,950 an ounce?
Well, the New Gold ETF would hit a high of R312 – or 50% higher than its current level…
Gold could retest its $1,900 all-time high
According to David Sneddon, Technical Analyst at Credit Suisse: Given the fact that gold has formed a strong base at its current price level for six years the bank “suspect we could even see a retest of the $1,921 record high”.
Morgan Stanley’s commodity strategist Susan Bates said gold is the firm’s No. 1 commodity pick.
“Morgan Stanley’s forecasts of falling real rates and a bearish US dollar outlook, against an uncertain macroeconomic outlook, should lend significant upside to gold’s price through 2H19 and into 1H20,” Bates said in a note earlier in 2019.
This would be immensely positive for the South African economy and for SA based gold miners – we’re already up 164% on DRD Gold, and there’s another SA based small cap gold miner I believe has even greater potential in the coming year…
Here’s to unleashing real value,

Is this the catalyst that'll send gold to new all-time highs?
Rate this article
Note: 3.5 of 4 votes