Platinum stocks have never been this cheap… 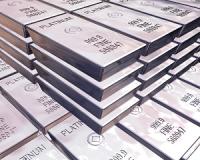 But here's the thing.

Just before those massive price raises, all three of these shares experienced a big 50-60% drop between 2002 and 2003.

Today, as you know, these platinum stocks are in the midst of a long downtrend.

Now, the question is, are these platinum stocks cheaper today than they were back in 2003?
Well, to answer, all three of these shares are trading at the lowest levels they’ve been at in a decade. Lonmin is at the lowest share price it has seen ever!

But these figures don’t tell the true story…


To give you a quick idea of just how big the crash in platinum shares have been consider this:

In the same period the JSEs Platinum Mining Index have dropped 74%.

That’s a massive divergence between platinum price and the companies that mine it.

And it’s led to an extreme divergence in the platinum-to-platinum-stocks ratio.

The ratio is simple. It’s the JSE Platinum Mining Index divided by the platinum price in rands.

With platinum stocks down 74% in five years while the platinum price is up 10% this ratio is now at a record low. Take a look… Basically the bottom horizontal line indicates the cheapest of cheap levels for platinum stock, the middle line the average and the top line expensive levels.

Right now platinum stocks are cheaper than they were in 1996 compared to the platinum price.

Today we’re at a new all-time low for the platinum/platinum shares ratio.

It’s never been this low before. And important to note is the fact that the last time it was nearly as low, a decade long bull run followed…

So does this mean the platinum sector is a buy right now?


Well, the difficult thing is that we don’t know exactly where the bottom is. We just know the ratio is at the lowest it has ever been.

So there could very well be another year of tough times ahead for platinum stocks.

We can't know for sure if this is the next big move in platinum stocks. But they've been crashing for five years, they're now dirt-cheap and we’re seeing a lot of mergers and acquisitions in the industry. Usually a tell-tale sign of value.

This is a risky call, but I’d be willing to put my money into companies like Sibanye, Impala Platinum and perhaps my favourite, Royal Bafokeng Platinum.

Platinum stocks have never been this cheap…
Rate this article
Note: 5 of 1 vote