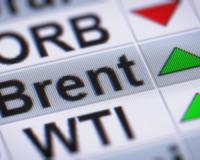 US oil production increased by 2 million barrels per day since 2018.

The US now produces 12 million barrels of oil per day. Russia trails the US with 10.65 million barrels per day and Saudi Arabia is third in the world, producing 10.2 million barrels of oil per day.
________________________________________
Claim Your FREE Copy of My Book Below
Inside you’ll find 10 life-changing ways to build your
income and wealth automatically, including…
• How you can pocket an extra R2,000 tax free a month from the one investment most financial advisors ignore
• The passive investment plan that will ensure you never ever run out of money
• The secret strategy long term investors use to keep R400,000 in gains out of SARS pocket and in their hands
• The one investment that gives you quadruple the return of any share and is safer than bonds!
Today, I want to send you a FREE copy of my new book.
________________________________________
OPEC is still trying to get oil above $70/barrel
Saudi Arabia has been signaling for weeks that it is and will be doing whatever it takes to rebalance the oil market by slashing exports and pumping well below its quota under the OPEC deal.
Yet, while neither the Saudis nor OPEC would officially admit that they are aiming for higher oil prices or a specific price of oil, the combined efforts of the OPEC/non-OPEC group to withhold 1.2 million bpd of supply are targeting a tighter market—and higher oil prices.
It seems like Saudi Arabia’s given up on trying to hold its market share against the US. It now simply wants the highest oil price possible.
And reports are that’s oil above $70/barrel. The oil price is currently within dollars of that target – being at its highest levels for 2019 so far.
International Monetary Fund reports say the Saudi’s need oil at $85 a barrel for the country’s budget to breakeven…
The US will cause oil to stay lower for longer
Whilst the Saudi’s and OPEC want the oil price higher, it’s a good thing for the US economy’s growth rate when oil is lower.
President Trump has already signaled that he doesn’t want the oil price to rise past $65…
So what we’re seeing is that as OPEC members reduce oil production to increase the price – the US increases oil production (specifically from SHALE) again lowering the oil price.
American oil exports stepped up a gear last year, jumping more than 70 percent to just over 2 million barrels a day, according to government data. Over the past four weeks, U.S. oil exports have averaged more than 3 million barrels a day --- more than what the Middle East petro-state Kuwait sells.
Oil traders and shale executives believe U.S. crude exports are set reach 5 million barrels a day by late 2020, up another 70 percent from current levels. If the U.S. hits that target, America will be exporting, on a gross basis, more crude than every country in OPEC except Saudi Arabia.
________________________________________
Why your humble cell phone could start
making you R5,100 a month...
I'm Timon Rossolimos. Chief strategist for Red Hot Storm Trader service.
When you get your first SMS from me...
You'll be well on your way to a monthly profit of R5,100.
Click here to receive your first SMS
________________________________________
More downside catalysts for oil than upside
OPEC has already forced its members to lower oil production to try and get a higher oil price. But that means there’s little room for further reductions.
Especially considering that both Iran and Venezuelan oil is already running at lower production because of sanctions.
Should sanctions be lifted their oil production will increase – leading to an even bigger glut of oil.
The Bank of America Merrill Lynch said in a note that economic “risks are skewed to the downside” and that “we forecast global demand growth of 1.2-million bpd year-on-year in 2019 and 1.15-million bpd during 2020”.
The bank said it expected “Brent and WTI to average $70 a barrel and $59, respectively, in 2019, and $65 a barrel and $60 in 2020.”
So in short – while we’ll see these spikes the oil price is in a downward trend. It might just be that oil isn’t that scarce – and with more and more renewables coming online I don’t expect $100 oil again anytime soon!
That’s a positive for us South Africans as we import nearly all of our fuel. Simply put inflation because of fuel prices should be limited in the next two years – leading to stable interest rates unless the Rand loses more value to the dollar.
Here’s to unleashing real value,

Francois Joubert,
Editor, Red Hot Penny Shares
P.S. I’ve just finished my extreme Wealth Explosions Playbook for 2019. It details six stocks that are massively discounted from their true value and when the market cottons on you can generates thousands instantly. Find out how to claim a free copy here.
Tags: francois joubert, oil, opec, us, saudi, shale oil, shale

The US just became the world's largest oil producer - here's what it means for investors
Rate this article
Note: 5 of 2 votes