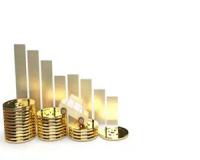 This is being driven by the weak rand, as well as a rising dollar gold price.
Within mere months I expect we will see the rand gold price hit R26,000 levels.
So what will see the gold price rise even further?
________________________________________
I’m about to offer you information known
only amongst a private circle of extremely influential people
And I’ll show you exactly how you can build your personal wealth the old-fashioned way, using the same approach as Joe Kennedy, Norman Rockefeller and Harry Oppenheimer.
By the end of the enclosed document, I’m certain you’ll agree with me – It’s not what you know, it’s who you know. And you’ll also see that what I’m promising you is not a hoax, scam or swindle.
________________________________________
Three Gold price profit drivers
Gold price driver #1 – US quantitative easing
The US Federal Reserve Bank started buying $60 billion worth of government bonds a month in late 2019. The aim is to stabilise short term bond rates, cheapen credit and calm down markets from fear of recession.
This flood of money into the market means fund managers move their money away from bonds and into either equities or commodities. Clearly a lot of this money is flowing into gold – with the dollar price of gold rising from its May 2019 level of $1,276 – to its current $1,576.
Gold price driver #2 – Uncertainty and conflict
Gold has always been driven by intense uncertainty, conflict and wars.
President Donald Trump’s bombing of an Iran General in Iraq certainly increased conflict and risks of a war in the middle east.
At the same time the US and China is still at it with their trade war, and the US is in conflict with North Korea regarding their nuclear programme.
Then there’s the most recent outbreak of the corona virus in China. CNBC reports that car factories in China have shut down, most businesses are telling workers to stay at home in efforts to curb the spread of the disease. This will certainly affect Chinese GDP growth – and its sending more money into gold.
Gold price driver #3 – The ever-weakening rand
A strong dollar gold price is great – but the rand weakening boosts the rand price of gold even more.
While the rand strengthened fairly in the latter part of 2019 – it’s again on the path of weakening.
I expect the rand to hit R16.50 to the dollar by year end. At the current gold price in dollars that puts the rand price of gold at R26,000. If the gold price in dollars rises to $1,650 – the rand price could hit R27,225 compared to its current R23,044.
The ANC’s latest surprise announcement regarding expropriation – and curtailing the power of courts is just one of the factors that will see the rand weaken further.
________________________________________
“If you want to make a killing from cryptocurrencies – read this book as FAST as you bloody can!”
I’d like to rush you a copy of my book, Crypto Revolution, right away.
Inside you will find everything you need to understand this financial revolution…
And take maximum – potentially life-changing – advantage of it.
Including the name of the coin I am calling “The Bitcoin Killer”…
A cryptocurrency that could ultimately climb 20,000% from where it sits today.
That’s the kind of move that turns R2,500 into R500k over the longer term.
You’ll get the name of that crypto… my full case for why it could rise to become the #1 crypto in the world…
And my full analysis on the entire cryptocurrency landscape, all in my book.
________________________________________
How I’m playing the higher gold price
The big rise in the gold price has happened – even though there’s still 10 – 20% to go. So if you want to make money from it now you need to invest in something that’s lagged this rise.
Gold mining companies are a great way to profit from rises in the gold price. That’s because of their operating leverage – their profits increase multiple times what the gold price rises by.
One gold miner I am particularly fond of is Pan African Resources. The company’s share price has lagged the rise in the gold price because it had a portion of its production hedge. However the increases it’s seeing in production, as well as the higher gold price will start playing its part this year.
The company is about to start production at a project that will add 30,000 ounces of gold production to its bottom line in 2020. At the same time it is paying off debt rapidly – and expanding production at a newly built surface gold treatment plant.
It could easily double profits in the coming year – if not more…
Here’s to unleashing real value,

Francois Joubert,
Editor, Red Hot Penny Shares
P.S: If you’re nearing retirement, you need to get your hands on a copy of The Little Book of Big Income Secrets right away. This income will help you live a TRUE financially free retirement.

This is the highest this commodity's ever been - here's how to profit
Rate this article
Note: 5 of 1 vote