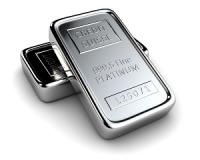 Dear reader,
Earlier in 2019 I wrote about Palladium – telling investors the metal had just hit an all-time high. At $1,434.50 palladium had run 70% in the preceding months.
However I told investors that at these heights I wouldn’t put my cash in the metal but rather in a miner that produces the metal.
Since then Palladium hit $1,560 mere dollars off the target price in my article.
But it’s subsequently pulled back to $1,370.
Had you invested in Sibanye at the time as I suggested in the article – the share’s up 24% since then.
But today I’ve got a different message…
This one is about the relationship between platinum and palladium – and what that means for the prices of these two metals…
________________________________________
You could be one step ahead of the average investor every time you make a decision
Look around you. Taxes are rising, independent, unbiased financial advice is disappearing, and mis-sold pensions and equities are taking their toll on people’s savings.
In any given year, less than 20% of the more than 800 unit trusts in South Africa beat the market for their investors. So much for the abilities of ‘experts’.
Now more than ever, due to the current economic landscape, it’s only those with access to specialised knowledge and expertise who will really prosper in 2019 and in years to come…
Find out how YOU can be one of them…
________________________________________
The platinum palladium ratio – and what it tells investors
Price ratios determine relative value of the precious metals and are useful parameters in deciding which metal to buy at any given time.
The platinum palladium price ratio shows you how the prices of the two metals have moved against each other over time.
You see, the one can be substituted for the other.
So once the one becomes too expensive producers start using the other metal and vice versa.
This means that as the price of the one metal rises to a high – it sets itself up for a fall – and the other for a rise!
The platinum palladium price ratio over time shows a surprising move is on the way If you look at this chart you’ll see that since 1986 Palladium has only been this strong against platinum ONCE…
And, following this episode – the platinum price had a strong rebound whilst the palladium price dropped.
In fact – over the past 576 months the platinum price has been TWICE as high as palladium for about 86% of the time.
So simply put – we can expect the platinum price at much higher levels than palladium in the future. If this ratio holds true.
Platinum functions much more as a precious metal than palladium. In times of financial distress and economic turmoil, platinum tends to behave like gold with widespread hoarding. Palladium on the other hand, is almost exclusively an industrial metal with minor demand as a precious metal used in jewellery and investments.
The platinum-palladium ratio can ascertain whether one metal is over- or undervalued with respect to the other.
And right now the ration shows that Palladium is WAY overpriced compared to platinum.
So where are the two metals going?
My price forecasts for platinum and palladium
The platinum price is already up from $790 in February to its current level edging to $900.
My expectation is that palladium will drop – from its current $1,370 to around $1,100 quite soon.
Platinum will have a bumpy 2019 – but will rise closer to $1,000.
This will see the platinum palladium ratio revert to much closer what it’s longer term average has been…
Recommended
________________________________________
Earn yourself a comfortable second income
and beat the market!
Our elite trading analyst Timon Rossolimos has earned our members 217.91% in gains in just over a month.
You won’t find a winning service like this anywhere else.
Click here to become a member of this ELITE SERVICE.
________________________________________
Platinum just received a $6 billion shot in the arm
Korean carmaker Hyundai on Tuesday announced a $6.7 billion program to raise production of fuel cells 200-fold going from 3,000 this year to 700,000 per annum by 2030.
Fuel cells will be a major demand driver for platinum use in coming years. So – this is a necessity for platinum producers.
At the same time the World Platinum Investment Council puts 2019 platinum demand growth at 5% or 7,740 koz.
And, as South Africa’s unprofitable mines close down – more potential upside is in store for the platinum price!
I still like Sibanye as the choice investment to take advantage of precious metals moves…
Here’s to unleashing real value,

This single indicator predicts what the platinum and palladium prices will do
Rate this article
Note: 4.25 of 2 votes