URGENT: The next 31% rally for this forgotten precious metal is imminent 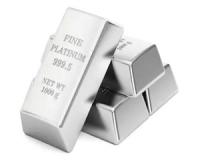 This precious metal has been in a depressed state for the past 10 years.

And since then we've seen it move in a sideways-downward range.

But in 2019, we've seen a major turn where the platinum price has finally broken out of this downward trend.

Why the platinum price been depressed for the past 10 years, why this forgotten metal is about to 31% and why I'll be buying into it in 2019 and beyond.
________________________________________
Ever wanted to trade FX?
Now you can with this simple and unique software package, which includes…
Your user guide, videos, THREE live webinars and more!
No number crunching, no headaches... just obey the arrows!
Don’t put it off any longer, find out more right here.
________________________________________
The biggest reason for platinum’s downside
First of all.
Platinum is both an industrial and a precious metal.
The four major segments for platinum’s demand includes: 41% in automotive, 22% in industrial, 33% in jewellery and 1-6% in investments.
With the automotive industry being the biggest reason for the price movement of platinum, unfortunately the precious metal has had a major rival.
Palladium.
Both platinum and palladium are both used in catalytic converters, which help control the harmful emissions from car exhausts.
Palladium is mainly used in vehicles with gasoline engines, while platinum is powered from diesel powered engines.
There were a number of reasons why people switched from diesel cars to petrol cars over the years, which led to the rally in palladium and the fall in platinum including:
• Diesel powered cars being less environmentally friendly with their toxic emissions.
• Diesel cars tend to cost more than petrol cars.
• Petrol powered cars are more fuel efficient and therefore more economical to buy.
• Petrol powered cars produce more power acceleration.
And with these reasons and more, we’ve seen the platinum price fall to a low of $780 while palladium hit a record high at over $1,620.
In fact, according to the Diesel Technology Forum, Diesel powered cars only accounted for only 2.9% of total vehicles sold in the second quarter.
But now, it looks like companies are taking serious measures into waking up this forgotten metal, to push the price up.
It all boils down to supply and demand. Here are three reasons for the upside to come for platinum.
Reason #1: Supply has dropped due to cuts and closes
According to the World Platinum Investment Council, which released figures for the second quarter for 2019, it showed that the total supply for platinum dropped 1% year-on-year to 2,110 koz.
Even the two top world producers, Russia and South Africa, revealed lower yields in 2018 due to:
• Impala Platinum planning to cut 1/3rd of the work force (13,000 jobs) over two years.
• Reducing the number of active shafts from 11 to six cutting the output by a third by 2021.
• Lonmin planned to close a number of open cast operations, cutting 5,270 jobs.
And with all the supply being cut, you can imagine what happened to the demand for the metal and the price.
Reason #2: They are buying into this metal again and finally paying dividends!
We can already see a major difference between the demand for this precious metal between this year and last year.
In 2018 the platinum demand came to 7,385 koz which is an abysmal amount compared to the demand which picked up over 660,000 ounces to 8,045 koz in 2019.
Even the annual Mine SA survey published by the auditor, PwC stated, South African mining companies have generated 100% more free cash-flow in the 12 months to end-June 2019 than the previous 12 months.
With the higher cash flow, drop in supply, increase in demand – we are finally seeing platinum companies paying dividends to their shareholders, fund acquisitions, and through share buy backs.
Given that dividends paid came to R27 billion compared to R16 billion in 2018, shows that the company boards are now prioritising their cash this year.
And according to Chief Financial Officer of Impala Platinum Holdings, Meroonisha Kerber, he would like to “resume payments on a sustainable basis”.
________________________________________
Five Takeover Stocks set to disrupt the JSE
These five stocks are pioneers in a disruptive step change in the JSE that’s going to unfold over the next 12 months.
And owning a portfolio of the right Big Five disruptors now could be one of the smartest investment speculations you ever make.
Find out why here.
________________________________________
Reason #3: I’ve waited 10 years for platinum to finally breakout of this sideways pattern

Looking at the weekly Platinum chart, you can see that since the 2008 crash Platinum peaked at $2,308 oz and then crashed to $780.
And since then it’s been moving in a downward-sideways trend between this sideways-triangle range (red lines).
Every time the price touched the top of the triangle, it would then retreat back to its floor level at $780.
With the following factors and reasons for the expected upside with platinum since 2018, we finally saw a breakout to the upside in August 2019.
This tells us that the demand for the metal is picking up and we can expect the price to move to its next strong ceiling level at $1,193 (green).
This is a 31% rally in the precious metal we can expect, where we can profit from.
________________________________________
From best-selling author of “Crypto Revolution”
“Prepare for the great crypto resurrection”
The crypto bull market has begun again… and there’s a FORTUNE at stake
Anyone with a tiny stake to spare could potentially reap thousands of rands
Here’s how.
________________________________________
Three ways to profit from the 31% rally with platinum
1. You can either buy the precious metal through CFDs or spread trading and hold it until the price hits the $1,193 level.
2. You can join my Red Hot Storm Trader service as I scour looking for companies that go up when platinum moves up such as, Implats, Anglo American Platinum, Glencore and so on…
3. You can join Francois Joubert’s (Red Hot Penny Shares) as he also agrees with the upside with platinum to come and is looking for the best penny shares to profit from.
The choice is yours.
Trade well,
Timon Rossolimos,
Analyst, Pick Pocket Trader
P.S: These profitable trades normally stick out like a sore thumb, all thanks to my 18-year-old trading system. Read here for more if you haven’t heard about it.
Tags: timon rossolimos, resources, platinum, platinum price,

URGENT: The next 31% rally for this forgotten precious metal is imminent
Rate this article
Note: 5 of 3 votes