When fear grows - these stocks soar 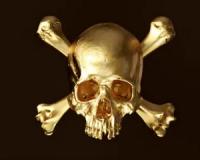 The rand is at R15.37 to the dollar - the weakest we've seen since the Zuma era. We can blame this on NHI, EWC or a string of other three lettered government policies that aren't business friendly.

But at the end of the day the whole world is running scared right now.

Thanks to the US trade war, negative bond yields in many European countries and increasing world debt.

In fact, for the first time since the 2008 financial crisis, mortgage debt in the US has set a new record.

But there are better investments than just gold…
________________________________________
Francois Joubert has JUST uncovered 5 little stocks that are sure to be the biggest winners of 2019!
These shares are so hot, Francois believes that EACH and every one of these under-the-radar stocks could double your money over the next 18 months.
Click here to find out more…
________________________________________
Why I prefer gold miners to gold when the gold price starts to run
When investors look at getting into gold, the options you have are gold stocks and gold bullion.
Both options can provide you with growth – but it works differently for both.
If you invest in bullion or gold etfs you get 1:1 growth on the gold price. Gold price rises 1%, you make 1%. Gold price rises 10% you make 10%.
But imagine making 100%, or even more on a 10% gold price move… Without using derivatives and gearing.
Well it’s possible.
You see, let’s take gold miner A as an example. At the start of 2019 it produced 250,000 ounces of gold at a cost of $1,150 while the gold price was $1,195 and the rand was R13 to a dollar. That’s a profit of R146,250,000. If the company had 1 billion shares in issue it’s earnings per share would be 14.625cps, and if its share price was R2 it would sit on a PE ratio of 13.67.
Now take the current situation… The gold price is $1,531 and the rand dollar exchange rate is R15.32/$. So this same gold mine now makes R1.286 billion profit. In per share terms its profit is now R1.286/share. That’s a nearly ten-fold increase thanks to a roughly 50% increase in the gold price (in rand terms).
If the share price rises to R6, you’d have made a 200% gain. The share would now sit on a PE of only 4.66.
So, simply put – a relatively small move in the gold price can cause a MASSIVE increase in profit for a gold miner. In fact, the kind of move’s we’ve seen in the past six months illustrate exactly what I’ve explained above.
But most investors don’t realise this. Instead of considering this, they look at historic financials. Financials showing what the company did while gold prices were low.
Instead they should be considering what profits will look like at current and future gold prices.
And, if you believe the gold price could increase further, as many have predicted it will again hit $1,900 highs, then gold stocks are the place to be.
Two gold miners set to grow production – and profits that’ll soar!
Right now there are two gold miners I’m especially fond of.
DRD Gold and Pan African Resources.
Both are small cap shares. And both these companies have completed (or are in the process) of major growth projects that will see their gold production increase between 50% and 100%.
Now consider the effect of a higher gold price, weaker rand and higher production on the share prices of these companies.
I believe there’s still time to get in on them – as investors haven’t fully realised the potential growth they could see going forward…
________________________________________
“If you want to make a killing from cryptocurrencies – read this book as FAST as you bloody can!”
I’d like to rush you a copy of my book, Crypto Revolution, right away.
Inside you will find everything you need to understand this financial revolution…
And take maximum – potentially life-changing – advantage of it.
Including the name of the coin I am calling “The Bitcoin Killer”…
A cryptocurrency that could ultimately climb 20,000% from where it sits today.
CLAIM YOUR BOOK IMMEDIATELY
________________________________________
My top choice right now – Pan African Resources
Pan Af is a low cost gold producer with a good safety record.
In a recent operational update the company noted gold production from continuing operations increased by 54.1% compared to last year.
The biggest chunk of growth is from its newly completed Elikhulu project. The project was completed in September 2018 and has now gone into full blown production.
The Elikhulu project hit gold production of 46,000 ounces of gold, and is on-track to meet its 55,000 ounces per year target for 2020.
In addition to this, the company has also started ‘pillar mining’ at its Evander mine. This should contribute around 20,000 ounces extra gold per year – which at the current gold price could be highly lucrative.
Whilst the company hasn’t yet announced the expect profit growth for its year ending June 2019, I expect it to be significant. And that its profits for the coming twelve months will be even greater.
This is definitely a stock to keep your eyes on. It could easily hit R5 a share from its current 260c.
Here’s to unleashing real value,

When fear grows - these stocks soar
Rate this article
Note: 4 of 7 votes