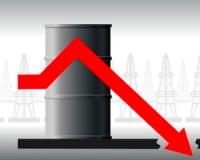 This was all thanks to the Corona-crisis.

In fact, we are now seeing a resurgence in Europe with new restrictions and lockdowns.

And just look at who's contracted the virus.

This is all a reminder that COVID-19 is still here and still presents a major threat to the global economy.

And this is leading to less demand for oil and more concerns for the price. Not only that but, oil dependent companies are on the brink of collapse due to these low levels.

I wish I had good news for oil, but it looks like things are about to get a whole lot worse.

In this article, I'm going to show you why I expect another 24.39% drop in oil and three ways we can profit from the fall.
________________________________________
***RECOMMENDED BY TIMON ROSSOLIMOS***
BUILD YOUR MILLION RAND
PORTFOLIO STARTING TODAY!
NO experience needed
NO complex formulas
NO misleading indicators
If you don’t make a profit using my guaranteed trading strategy, I could lose 100s of thousands of rands.
________________________________________
Supply and demand is still a major worry for Brent Crude
With the COVID-19 pandemic and the world lockdowns, we’ve seen 1/3rd of the demand for oil down this year alone.
This is because of the unprecedented drop in demand for global travel, transportation and the economic crisis world-wide.
In fact, we’ve seen the demand for barrels of oil a day drop from 100 million barrels down to just 29 million barrels per day.
And you know what that means. There is an oversupply of physical oil which is causing the oil price to drop below $40 per barrel.
Just to give you an idea. Libya now adds 300,000 barrels per day in exports compared to its previous level of 1 million bpd.
And OPEC+ had current cuts of 7.7 million bpd from 9.7. And they expect to further ease in January to 5.8 million bpd.
This confirms how demand has slowed down for all types of fuel (especially jet fuel). And they don’t expect a return to pre-crisis levels until the year 2023.
Let’s go on… Saudi Arabia in Q2 saw a deficit of $29 billion, because of the drop in oil prices and demand. And since June Saudi Arabia has tripled its VAT, from 5% to 15% and suspended a cost of living allowance for state employees.
These measures are mainly to deal with the impact of the coronavirus pandemic as well as the oil price crash.
And these are warning bells for major hedge fund companies and portfolio managers.
WARNING: Most hedge funds are net sellers with Brent Crude
Looking at the latest COT (Commitment of Traders) report, compiled by Reuters market analyst John Kemp, through 29 September, hedge funds and portfolio managers are mainly net sellers of oil (equivalent of 29 million barrels) in the six most used contracts in oil.
Here’s what Ole Hansen, Head of Commodity Strategy at Saxo Bank, commented on the report.
“Sellers returned to crude oil as the short-covering rally only managed to last for one week before growing fears about a sustained recovery again took hold.”
“WTI crude oil saw the biggest reduction on a combination of long liquidation and fresh short selling,”
Why Oil below $40 dollars could lead to an oil price crisis
This is probably the most concerning factor for oil companies.
In fact, all OPEC+ economies from Russia, Kazakhstan, Kuwait and Saudi Arabia rely on higher oil prices.
Right now, Kuwait is running out of money to pay salaries to their public servants. And they won’t have any money to cover unless oil pumps above $40.
President Vladimir Putin, prefers prices higher than $46 a barrel.
Saudi Arabia needs to now rebalance their budgets.
And I’m afraid it doesn’t look like oil is going to recover any time soon.
How this Descending Triangle is showing DOOM for
Brent Crude

Since August, the daily chart of Brent Crude oil price moved in a reversal breakout pattern known as a ‘Descending Triangle’ (shaded area).
Basically, this is a chart formation where the price moves in a triangular pattern which forms lower highs while bouncing on the same low price.
In this case, the price has moved from a high of $41 per barrel, down to a low of $39.00.
The fact that the price has failed to form a higher high price for the third time, tells me that the sellers are winning the battle which will bring the price further down.
Once the price breaks below $39.00, we will see a huge number of sellers going short in Brent Crude.
And this will send the price lower. In fact, the next target I expect Brent Crude to head is to a low of $31.00. There are two main technical reasons for this.
The first reason is I expect the price to fill the gap that you can see in the yellow highlighted circle.
Note: I have realised that over 70% of the time, the price tends to fill the gap from my own observations over the years.
And second, this is the price target which is the next support (floor level) which most traders will be watching…
________________________________________
These three cryptos are set to ride the next crypto wave
There are three cryptos that I believe will form the foundation of the next phase of the crypto revolution!
The first crypto king – one of three cryptos I want to share with you today…has massive potential!
…This crypto speeds up networks where most slow them down.
…This crypto has zero transaction fees
…And it has the Blockchain 50 as its customer!
It’s set out to be the protocol standard for machine-to-machine transactions, infinitely scalable, this crypto king will enable the Internet of Things (IoT) to cope with the mass of data that is being created.
________________________________________
Here are three ways to profit from the 24.39%
Brent Crude oil crash
First, you can sell (go short) the Brent Crude CFDs and hold until it hits the price target.
Second, you can wait for my SMS with Red Hot Storm Trader where we will be shorting resource stocks that fall when Brent Crude drops in price such as, Sasol, BHP Billiton and Anglo American.
Third, you can get on board and profit from offshore commodities and stocks with Pickpocket Trader...
Trade well,
Timon Rossolimos
Analyst, Red Hot Storm Trader
Tags: timon rossolimos, trading, investing, oil, brent crude oil, sasol, bhp billiton, anglo american

Why oil dropping below $40 is a major threat to the global economy
Rate this article
Note: 5 of 2 votes