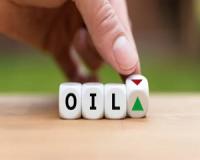 In this week's episode of the Trump versus the world, Turkey seems to be in the spot light.

Last week Monday, President Trump said that he was going to apply heavy duties, boost tariffs on the country's steel to 50% from 25%, authorise sanctions on Turkey and cut off a $100 billion trade deal following Ankara's invasion of north-east Syria.

This is a major concern for analysts worldwide as these attacks could have a major impact on the economy of the oil-producing Kurdistan region in Iraq and on Brent Crude oil itself.

Work-Free Paycheques?
Did you know you could be eligible for “work-free paycheques”...
Each deposited directly into your account, automatically, for as long as you want..?
Think of it as “get paid while you sleep” money.
To discover more about these work-free paycheques click here.
********************************************
“I will totally destroy and obliterate the economy of Turkey”
This is what President Trump said based on what occurred last week.
Just to give you an update.
On Wednesday, Turkey launched a military operation against Kurdish fighters in northeast Syria.
This intrusion, according to President Erdogan was to remove the “terror corridor” along the Turkish border.
President Trump jumped right in and said;
“Turkey’s military offensive is endangering civilians and threatening peace, security and stability in the region.”
He then summed up the options on what he was prepared to do, where he told reporters at the white house:
"We have one of three choices: Send in thousands of troops and win militarily, hit Turkey very hard financially and with sanctions, or mediate a deal between Turkey and the Kurds!"
The aftermath?
On Tuesday, we saw a selloff in Turkish stocks and the Turkish Lira (TRY). However, we saw Brent Crude oil’s price remained steady above the critical $55 level.
One thing to know about commodities is that, when news hits that could interfere with supply, this is pretty much always a positive sign for the prices to rise.
Why?
Well it all boils down to the most important driving forces in economics - supply and demand.
It’s simple, when it comes to Brent Crude oil. When supply decreases, demand increases – which leads to a rise in the commodity’s price.
After the attack of the Saudi Oil infrastructure, we saw a surge in oil prices due to the disruption in the oil supply.
And now with the attack on the oil-producing Kurdistan region in Iraq, we can expect the same which will benefit pretty much all oil producers as higher oil prices will increase its revenue and profits.
In fact, Trader X sent out a buy signal last week on British Energy Giant - BP.
And I agree with his sentiment, as the charts are showing major upside to come.
Why the attack with Turkey and Syria can lead to a 46% rise in Brent Crude


“The COIN KING that could turn R500 into R110K!”
Anyone with a tiny stake to spare could reap thousands – even tens of thousands of rands – from this erupting financial market.
In my book I reveal the name of the crypto I believe could eclipse bitcoin and turn a R2,000 stake into as much as R400K.
That’s it. For a limited time, R100 is all it costs to get your guide to the biggest wealth creation event in history…


********************************************
Looking at the above daily chart of Brent Crude, we've seen the oil price bounce up on a strong rising trendline (black line) since 15 September 2015.
Every time the price bounces on this level, it rises to new all-time high prices.
Over the past year, Brent Crude has formed what’s known as a ‘Symmetrical Continuation pattern’ (shaded area). This is where price constricts in a pattern that resembles a triangle, until it eventually breaks out and continues to move up.
As we are near to the apex, we can expect a price breakout which will send the oil price flying its next ceiling level at $84.43 per barrel.
Here are three ways to profit from the 46% rise in Brent Crude
1. You can buy the Brent Crude CFDs and hold them until the target is reached.
2. You can wait for my SMS as I wait for resource companies like Sasol, Exxaro, Anglo American that rise in price when oil goes up.
3. You can join Pick Pocket Trader to take advantage of the most recent oil company to buy and profit from.
Trade well,

Why the attack on Turkey and Syria can lead to a 46% rise in Brent Crude
Rate this article
Note: 5 of 1 vote