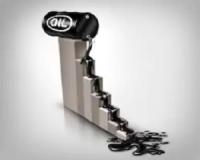 All I can say is…

On the 10th of February I sent out the article “BREAKING: Is this the next Oil Crisis?”

And last week in a matter of seconds, the oil price fell over 30%, striking right through my first target price.

This was Brent Crude's biggest one-day percentage drop since the start of the Gulf War in 1991.

And I haven't even mentioned Black Monday yet, which took place on 9 March 2020!

In today's article, we're going to tackle why oil is plunging to record levels and why I expect the price to crash another 51%...
________________________________________
HOT UPDATE:
Pickpocket Trader just closed a massive 323% gain on the US 500…
In the same week,  his followers could've banked another 51.57% % on brent crude and 15.8% on Merck!
Read on to find out how you can get in on the next big gain!
________________________________________
Oil demand continues to plummet
The Coronavirus epidemic (as I write this) has already killed more than 4,000 people world-wide and has directly affected over 113,000 people.
This includes the 13 cases of the Covid-19-positive patients in South Africa – ALREADY!
The measures to contain and decrease the virus from spreading, are having major negative effects on businesses.
We have seen a decrease in oil demand, when it comes to air travel including:
• China and Italy have locked down large parts of their countries in the last two months.
• Many airlines have grounded their flights and have slashed their routes.
• Many people around the world are deciding to stay at home and forego any travel to combat the spread of Covid-19.
• Hotels and restaurants have axed jobs as less people are going out to eat.
And now, according to International Energy Agency, they expect oil DEMAND to drop by 90,000 barrels a day – this year…
And that’s not the worst of it…
A bladdy “Price-War” has just broken out
On Friday (6 March 2020), OPEC and Russia failed to reach a deal to cut oil production. And that’s despite the drop in oil demand.
Saudi Arabia, on the other hand, made an announcement to increase their oil production and slash their prices.
This resulted in Saudi oil’s biggest price crash, in over 20 years. With the oil prices plummeting, Saudi Arabia is now trying to ‘force’ Russia to reach a deal to cut their oil production…
Global head of energy analysis at Oil Price Information Services, Tom Kloza, told Land Line that ‘Saudi Arabia has essentially declared a price war against Russia’.
NOTE: A price war is when one company continues to cut the prices below the market price offered by its competitors… They do this to offer the lowest price in the market. This, in turn, forces the other competitor to respond and lower their prices to not lose market share to the company.
Now Russia, on the other hand, is planning to pump up oil production as of next month.
With that being said, Saudi Arabia is prepared to retaliate against Russia’s unwillingness to reduce its own production levels.
They have even privately told market participants that they could raise the output by a record 12 million barrels per day.
Russia has a different outlook. The country has refused to cut oil supply, as they are still waiting to see what the full impact of the Coronavirus outbreak will be on oil demand.
And so, they will add an extra 300,000 barrels a day in April…
With the increase in production between Saudi Arabia and Russia, and with the decrease in demand for oil – this price war could send the oil price all the way down to $20 dollars…
And the charts are looking horrific as well…
Why oil could fall another 51% more In the Brent Crude Oil’s daily chart, you can see that the price has broken below its 2016 uptrend…
During that process, it broke below a significant price pattern known as the Inverse Cup and Handle…
This is a price formation which resembles an upside-down cup with a handle (Shaded area).
Since the price broke below the brim level at $52.43 (Black line), we can calculate its next target using the High-Low approach.
This is a method where I take the highest high and the lowest low, in the pattern, and then I subtract the difference from the lowest low price…
I used this method to predict the first oil price target, in the previous article.
I also use this method, whenever I send out trades to Red Hot Storm Trader…
Price target = Low - (High - low)
= $52.61 - ($86.61 - $52.61)
= $18.61
This means, we can expect the price of Brent Crude to continue dropping from its current price of $36 down to $18.61.
________________________________________
You may be interested in
THREE that could SOAR: Get my urgent penny stock plays for 2020
Read my new, urgent briefing and discover:
• Why property is still the best investment
• Thanks to a shortage of pork and chicken in China, this South African poultry business could see a 106% increase in its share price in less than 12 months!
• This penny stock health administrator has been quietly buying up market share and very few investors have noticed…But that’s all about to change… And when the mainstream catches on its share price is going to explode.
Get your head-start on the penny stock boom now!
________________________________________
Here’s how to profit from the 51% drop of Brent Crude
First, you can sell (go short) the Brent Crude CFDs and hold until it hits the price target.
Second, you can wait for my SMS with Red Hot Storm Trader where we can look to short resource stocks that fall when Brent Crude drops in price such as, Sasol, Kumba Iron Ore, BHP Billiton and Anglo American.
Third, you can get on board and profit from offshore commodities and stocks with Pickpocket Trader.
Trade well,

Why the Coronavirus and the Russia- Saudi Price-War will send oil down another 51%
Rate this article
Note: 5 of 2 votes