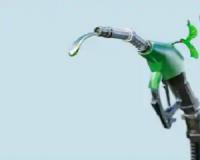 The oil price crash, and subsequent low demand for fuel worldwide could be seen as a positive for businesses. Transport costs come down - meaning extra cash in the bank.

You'd expect the same for farmers.

Let me explain.
________________________________________
Here's how you too could bank fast gains of  R5,190, R2,517 or even R1,141  from the smallest market movements -
up or down
Don't miss your chance to try out South Africa's top financial local trading service for 3 months, totally RISK-FREE
________________________________________
How the oil price affects maize farmers
The USA is the world’s leading biofuel producing country – having produced 1.1 million barrels per day as recently as 2018. This accounts for almost half of the world’s biofuel production.
Now here’s the thing – biofuel is made from maize.
So high demand for biofuel sends the maize price up. Low demand sends it crashing.
And obviously – with low demand for fuel and a low oil price – there’s very little use for biofuel right now. Especially considering we recently saw the US oil price actually go negative for a while…
In 2018 the US used around 141 million tonnes of maize to produce biofuel.
That’s around ten times the total South African maize harvest!
So clearly a lot of maize goes into biofuel. And even if only 10% of that isn’t used – it basically adds South Africa’s entire annual harvest into the world market.
How big a demand drop will we see for biofuel this year?
A report from the University of Illinois in the US shows the demand for biofuel has dropped steeply in the US. Expectations are now that demand for the year could drop by 15% - 20%.
In fact – this kind of drop in demand just in the past two months has already added 3.8 million tonnes of extra maize into the market.
The US maize price is down nearly 22% in 12 months

For 2020 expectations are that South Africa will harvest around 15 million tonnes of maize. So that’s already a quarter of our annual maize production added into the international market – making it more difficult to export our own surplus…
________________________________________
Important: If your portfolio has plummeted thanks to the Covid-19 crisis, you should look at how to give your portfolio, the “Hedge Fund Advantage”.
________________________________________
South Africa’s maize harvest this year is much bigger than 2019’s…
In 2019 SA harvested around 11.275 million tonnes of maize. So with our current harvest coming in between 15 million and 15.6 million tonnes, that’s already a 38% increase in maize harvested.
So this should also put downward pressure on the South African maize price.
Up to now, the only reason our local maize price hasn’t crashed is because the rand is so weak against the dollar – but once the SA harvest comes in at the high level I expect the local maize price to come down from its current levels kissing R3,000/ton.
While this is bad news if you’re a maize farmer, it is good news for other businesses….
So firstly consumer staples producers will benefit because of lower input costs.
But more significant is the poultry industry. Chicken feed in SA is made mainly from maize, and it is the highest input cost for poultry and egg production.
That means when feed costs come down, profits for these companies shoot up rapidly.
My favourite player in this industry is Quantum Food Holdings. The company produces eggs, broiler chicks and has its own feeds business as well.
The company currently trades on a PE of only 4.3, having increased revenue by 16% in its latest results.
Earnings per share decreased slightly, but that was from abnormally high levels, and still came in at a highly commendable 34.5cps of six months.
This means if Quantum just maintains these earnings levels in the second half the company would be on a SUB-5 PE ratio.
Historically poultry producers are on PE ratios of between 9.5 and 11.5. So, say the company returns to a 10 PE with 69cps earnings – it’s share price would head to 690c, compared to the current 349c. That’s 100% growth potential in the share price.
Definitely a stock to keep an eye on.
Here’s to unleashing real value,

Why the oil price crash could be bad for farmers - and great for this stock
Rate this article
Note: 3.38 of 4 votes