Why this platinum miner is bound to fail 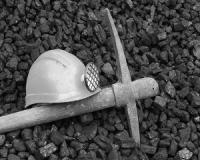 Lonmin has been one of the great stories of value destruction for investors.

Simply put - it's been a big one to avoid.
Crypto Revolution: How the rise of bitcoin and cryptocurrencies could turn every R2,000 you stake into R980k
My warnings on Lonmin since 2012 In 2012, when Lonmin has to do a R7.12 billion cash raise I told investors:
“Lonmin’s rights issue will be at a steep discount to the current share price. There could be a moneymaking opportunity if you buy at this 31% discount now!”
But: “even if the share price does go up, you should ask yourself whether it’s a share you really want to hold on to… In my opinion, buying Lonmin as a long-term investment is a bad idea. I’d stay well clear from it.”
Then in 2015, Lonmin had to do another capital raise to keep its doors open.
I told investors “Lonmin should be left to fail”.
In fact, I also told investors:
“Lonmin will use the entire R5.6 billion cash injection investors is giving it and still not become profitable. It will consume all of this money over the next three years and have nothing to show for it. Or rather it will have LESS than nothing to show for it.
That’s because the company will retire mines and lower production over the next three years.”
That was in 2015. Now that we’re nearing 2018 (three years later), Lonmin is exactly where I predicted it would be. Nearly broke yet again…
And investors are again asking me the question: Is Lonmin a buy? A deeply undervalued and unloved share. Or is it set to rot?
What you need to know about Lonmin
And now, Lonmin sits on a cash pile of around $103 million, up from $75 million in March. But that still doesn’t mean the company is out of trouble…
You see, in its latest update Lonmin announced that: “Our unit costs for the fourth quarter were R11,524 per PGM ounce (6E basis), an increase of 4.3% on the fourth quarter of 2016, and an increase of 8.9 % for the 12 months to R11,701 per PGM ounce.”
It also announced that: “Average Rand full basket price for the fourth quarter down 8.7% on the fourth quarter of 2016, at R11,567 per PGM ounce on the back of a stronger rand.”
Ok, so the company’s production cost has worsened to R11,701/ounce of PGM’s for the year. And it’s latest quarter’s price it received for the same metal was R11,567.
So it is losing money.
But let’s give it the benefit of the doubt. The rand has suddenly weakened again, and the price Lonmin will receive for its PGM’s in all likelihood sits around R12,400 now.
And let’s say it will continue to receive this high price for the following year.
But let’s also assume that due to inflation it’s production costs will rise another 7% in the coming year.
That puts 2018 production costs at R12,502/ounce.
So, Lonmin might be in the money for the next couple of months. But costs will creep upward soon. And then it will be in a losing position yet again.
Francois recommends: What I’m about to show you will help you start your very own property empire in just 90 days
But maybe you can trust Lonmin’s management to turn things around?
I wouldn’t.
You see, the Chairman of the board of Lonmin, Brian Beamish has a gleaming CV:
“Brian was formerly Group Director, Mining and Technology at Anglo American where he worked for 36 years. He was also a non-executive director of JSE-listed Anglo American Platinum Limited from May 2010 to 30 September 2013. His previous executive roles included four years as Operations Director of Anglo Platinum and working as COO and subsequently CEO of Anglo American’s global Base Metals business.”
But his track record differs a bit.
Between 2010 and 2013 Anglo Platinum’s share price went from R800 to below R400 for instance… Production costs rose by around 50% at Amplats during the same time.
Clearly he wasn’t the man to fix things up at Amplats…
He was also Chief executive at Anglo Base when the company invested in the Los Bronces copper project, which was badly timed and a disappointing investment for Anglo.
There are more worrying details in the company’s latest announcements…
With all that’s going on, I’d want to see Lonmin focus on profitable mining.
Yet, when looking at the overview and highlights sections of its results – the company focusses on tons mined, tons milled and so forth.
No mention of operating profit margins. A quick cursory mention that mining costs are up.
Until the company stops its focus on mining maximum tonnages, and switches the focus to optimising profits – I don’t see the situation improving.
True, maximum tons might affect profits. But that shouldn’t be the measure of profits.
And perhaps the scariest of all is this statement:
“The operational review aimed at addressing the group’s ability to continue as a going concern due to material uncertainty over the existing debt facilities in the weak economic and pricing environment ... has required ... management’s undivided attention and, as a result, the announcement of the audited full-year results has been delayed.”
What’s wrong here? Well, isn’t the business of the company supposed to take  management’s undivided attention in any case? What were they doing before this? Dividing their attention between online trading, golf games and holidays?
I for one am not a supporter of this company – and don’t see it suddenly shooting the lights out over the next year or two.
Here’s to unleashing real value

Why this platinum miner is bound to fail
Rate this article
Note: 4.67 of 3 votes