Three common mistakes that can cost your retirement a fortune 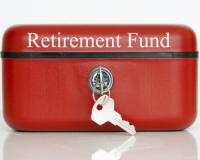 I constantly think about my future retirement nest egg. And its most likely because I've worked in the investment industry for eight years and surrounded by a lot older colleagues.

I've also been lucky enough to attend a lot of our global investor conferences where I got to chat to people a lot older than me… People either preparing to retire or having just retired.

And from these conversations, I discovered that many aren't happy with how their retirement portfolio has performed.

I wanted to know why.

And what I found out was many of them made three common mistakes.

That's the reason why I'm writing to you today. I don't want you to experience the same pitfalls of the many retirees I come into contact with.

This is a basic example and doesn’t account for fees. But you can simply see the difference in returns.
So you should try aim to save 15% of your gross salary throughout your working life (an average of 40 years).
Mistake #2: Saving too late
In Sanlam’s 2017 Benchmark Survey, which highlights the savings behaviour in South Africa, found that people start saving too late (28 years of age vs the suggested 23).
The issue is, few people in their 20s worry about retirement. Most of the people I converse with, didn’t.
But ideally, you should start saving towards retirement from your first pay cheque and continue to save for around 40 years on average.
The earlier you start and the more you contribute, the more money you’ll have when you retire.
Here’s another basic example just to show you how much money you could lose out by starting to save five years later…
​

Over R1.6 million is a decent chunk of money you could use to enjoy your retirement. So if you haven’t started saving yet, I urge you to start as soon as possible.
________________________________________
Ten filthy secrets to get rich quick
Have you noticed how some people always seem to have more money than others? They don’t necessarily have better jobs. Nor do they always earn amazing salaries. They just have more money.
But where... How... Did they get it?
What’s their secret?
Well, I’ve just released my new book - Little book of Big Income - 10 Filthy secret to get rich quick – In it you will discover how ordinary people can become extraordinarily wealthy just by applying some fairly simple techniques – techniques the rich use to get even richer. But the secret to how they do it will astound you – the rich don’t do anything special, they just do it in a very special way, as I’ll explain in my e-book.
I’m releasing 300 FREE copies starting today so if you want to reserve a copy of one of these 300 right now, simply claim your copy of Little Book of Big Income Secrets.
Yes! Send me my free copy
________________________________________
Mistake #3: Cashing in your savings when changing jobs
Not preserving what has already been saved is a very common mistake in South Africa, in fact, up to 80% of fund members have at some point cashed out their savings when they changed jobs.
Doing this is equivalent to starting late: people lose not just the accumulated savings, but the return on those savings for the remainder of the term.
In fact, the Sanlam Benchmark Survey highlighted that 62% of people do not reinvest retirement savings at retrenchment or when they change jobs.
Not only do you lose the compounding growth that you would’ve received if you left your money to accumulate, the chances are, you could use that money and spend it on something you don’t need.
Now I know these mistakes seem basic or silly, but they can have a detrimental impact on your retirement.
See you next week,

Three common mistakes that can cost your retirement a fortune
Rate this article
Note: 4.13 of 4 votes