Five market movements - 3 to buy and 2 to sell

by Guy Algeo is Director of Prodigy Asset Management., 23 November 2016 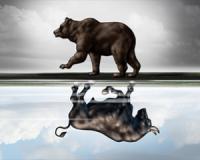 After several volatile weeks, due to policy uncertainty, some calm appears to have returned to the markets. The JSE All Share Index was up 0,7% last week. Resources were down 3%, while Industrial's up 1,8% and Financials' up 2,5% lifted the markets overall.

Russia indicated it would support a cut in output if adopted by Opec. Market analysts remain sceptical that any announced cuts by the cartel will have a significant impact on supply.

Nevertheless, oil prices are expected to languish below $50 in the medium term because supply currently exceeds global demand.

US Bond yields spiked across the board last week to the highest levels seen this year. The market is acknowledging a more inflationary environment and an almost inevitable rate hike by the Fed in December. This signals a change in investment outlook, expect interest rate sensitive stocks to come under pressure.

Life Healthcare
Digesting a new addition….
The share price has retraced c. 20% following an impairment to the Polish operations on tariff changes. This should be an isolated event, but resulted in lower earnings growth. Life Healthcare subsequently announced the purchase of Alliance Medical Group. Management has expanded operations in Poland and India and have plans for integration with Alliance Medical. Buy on weakness before 12 December 2016, to receive the dividend of 92c, (approximately 3%).
Steinhoff
Attractive and expanding
Rand weakness and a sell-off in retailers has weighed on the share price. The company listed in Frankfurt and continue to build significant scale, PE is 14x on a 2,5% dividend yield. Buy at current levels.
Naspers
Solid trading update
Naspers provided a trading update last week indicating Core earnings will be up more than 23%. The share has pulled back to support at R2150,00, following sector rotation in the US. Social media, e-commerce and gaming business have seen good growth over the last 2 years. The see-through PE on core earning is now more reasonable than in the past. The stock still has 30% upside, Buy.

Brent Crude Oil
Unlikely to break up in supply glut.
As mentioned above the market is in oversupply; Donald Trump as just given some initial strategic points, they indicate reduced restrictions on US alternate energy developments. Barring shocks to the system, Oil remains in a trading range and should head back to $45: Sell at $49.
Glencore
Rally overdone?
Recent euphoria in base metals may have been overdone. General mining socks had a trot on the back of the better sentiment. Trump’s plans are still vague and distant, Glencore appears overbought at current levels.
Guy Algeo is Director of Prodigy Asset Management.
Guy@prodigyam.co.za
Tags: guy algeo, stocks, market movement, buy, sell, glencore trade, brent crude oil, trading update, steinhof, life healthcare, naspers, broker top tips, trade tips, hot stocks, trade ideas