Momentum in the markets - 3 to buy and 2 to sell

by Guy Algeo is Director of Prodigy Asset Management., 17 November 2016 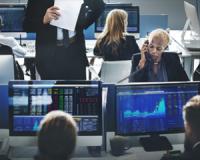 US Stocks recovered from sharply lower levels after a reconciliatory speech from President elect Donald Trump which eased market fears; Energy and Industrials were the leaders based on his plans for infrastructural development.

Emerging Markets have been left out in the cold as investors evaluate the impact of a Trump presidency on global trade and growth. Capital outflows have been seen across most EM markets, particularly in Asia.

Diversified mining stocks led a rebound in the All Share Index after the surprise results in the US election. They were buoyed by a surge in prices for basic materials and the weaker Rand. Glencore was up the most (25%) followed by Billiton (18,5%) and Anglos (14%).

Gold stocks experienced a sharp sell-off when the gold price fell back as the market switched from seeking safe-haven assets to a higher appetite for risk assets.

Buy Sibanye for a rally to R50

Remgro is well positioned for growth.

Remgro has been making some structural adjustments to their balance sheet post the delisting of SAB Miller, they have successfully complete a rights issue which will allow them to take advantage of new opportunities. There has been some weakness in the underlying portfolio which is reflect in the current price. It offers a well-diversified play on SA Financials and Healthcare which can be acquired at a discount.

Reinet is trading at a big discount – Get in now

Reinet’s position as a Rand Hedge with exposure to a rebound in the US, makes it attractive in the current investment climate.  The discount has expanded to almost 30%, which is at the top-end of its range. The shares are trading just above the support level of R26,50 which last seen 18 months ago.

We reiterate our view on Clicks after a strong set of results in October, HEPS were up 14%, the stock remains expensive in a difficult consumer environment. The PE has reduced to 26x historic earnings. It has been a star performer, however with Dis-Chem listing imminent we expect it to remain under pressure.

Rand vs US Dollar may have changed course…

Yes, we said sell the Rand last week and it has weakened 5%. The easy money may have been made, but we maintain that the Rand is still at relatively strong levels which provides an opportunity to rebalance offshore exposure. A Trump presidency is likely to place long term pressure on emerging market trade and currencies.
Guy Algeo is Director of Prodigy Asset Management.
Guy@prodigyam.co.za