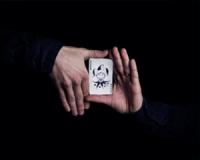 23 years ago, two brothers, David and Tom Gardner, founded and built one of the world's greatest investment communities - The Motley Fool.

Reaching millions of people every month through a website, books and the newspaper, they give independent financial and investment ideas to help ordinary investors make a lot of money.

But these brothers are more than this.

They've published best-selling investment guides with the most famous being, The Motley Fool Investment Guide - Dubbed "#1 All-Time Classic” by the National Association of Investors Corporation (NAIC).

This is why I'm writing to you today.

I want to explain the Motley Fool's proven secret to picking good companies to invest in which outperform the markets.

It's called the “Fool's Ratio” and I'm going to show you how to use it to spot the next profitable undervalued growth stock that you can profit from.

The starting point of the “Fool’s ratio” is to look at a company’s Price/Earnings ratio (PE ratio). But the problem is, many investors make the mistake of using only the PE ratio to value a company.
To many investors, a company on a PE of 40 sounds overvalued. But according to the Gardner brothers, it’s the equivalent of saying, “Look at the thermometer: The temperature is 60 degrees – Outrageous. But unless you know what season it is, there’s nothing to compare it to.”
In other words, you have to use the PE ratio in context that gives it meaning.  Simply, a stock’s PE should equal its growth.
This is the basis of the “Fool’s ratio” – You calculate it by taking a company’s PE as a percentage of is growth rate.
For example: If a company is on a PE of 20 and has a growth rate of 40% - thes the “Fool’s ratio” will be 0.5.
But what does this 0.5 actually mean?
Well a fundamental Wall Street saying is that a stock’s PE should equal a company’s growth rate. So if a company is growing at 20%, its PE should be 20 for a full, fair value.
So if a company had a Fool’s ratio of 1, it’s therefore fully valued. If it’s below 1 (0.5), it’s undervalued subject to other key fundamentals.

How I used the “Fool’s Ratio” to make a 43.2% average return for Real Wealth this year

The basis for any company I recommend is to make sure it’s not overvalued. Paying too much for a stock is a sure way to lose money.
So to identify undervalued companies, I used the “Fool ratio”.
Below is a table of three companies I tipped this year in Real Wealth.

It’s really simple to understand. Once you’ve worked out a company’s Fool’s ratio, you just need to follow how the Gardner brothers use it to buy, hold and sell stocks.
If a company has a Fool’s ratio of:
Important note: Never use the Fool’s ratio on its own when analysing companies. Use it as a starting point to identify good undervalued growth companies.
But also, always make sure the company has strong fundamentals like low debt, strong cash flows and a stable balance sheet.
Until next time,

The “Fool's Ratio” - Use it to spot the most profitable undervalued growth stocks
Rate this article
Note: 2.5 of 7 votes