The JSE is overvalued, should I sell? 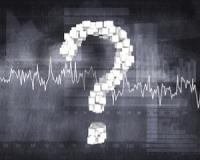 The JSE All-Share Index is just 10% off from its all-time high.

It's sitting around the highest PE level of all time for the index, at 23.24.

At the same time, US markets are at all-time highs, and interest rates are threatening to go up.

With this in mind, I was recently asked by an investor, whether the JSE is overvalued and set for a massive correction.

So, should you hold on or sell your shares right now?

Right now, the JSE is cheap.
You see, Naspers with its R900 billion market capitalisation makes up more than 15% of the All-Share Index.
Naspers is also on a PE of 88.18 right now.
So, this single share is skewing all the results.
In fact, if you remove Naspers from the All-Share Index, the index has a PE closer to 12 and a dividend yield of over 3.1%.
Suddenly the JSE doesn’t look that expensive any more…
In fact, a PE of less than 12 means that it is CHEAP in historical terms.
Instead of selling, you should be buying!
So, take a close look at your portfolio – you’ll easily see if there are shares that might be overvalued. But my guess is that you’ll notice many of the shares in your portfolio are still very attractively priced!

Some of the top shares on the JSE still selling at bargain prices!

Just take a look at the JSE’s top shares and you’ll notice many of the companies are selling at bargain prices.
Sasol is on a PE 8.84.
Mondi trades at a PE of 12.47.
The retailers have taken a knock, and right now are selling at massive discounts to their past valuations. Woolies is on a PE of 14.4, Truworths on a PE of 11, Mr Price a PE of 15.
Even the financial shares are dead cheap, with First Rand at a PE of 13.07, RMB at a PE of 12.1 and Old Mutual at a PE of 12.23.
All of these shares are ones you want to hold for the next five years. They’re household names, that are trading at cheap levels because the South African economy is struggling.
When things turn up, these shares will too.

Right now there are three hot penny shares trading at way below average PEs, yet these companies are growing at above average rates.
I’m talking about shares like Wescoal, at a PE of 4.9, Insimbi at a PE of 10 and CSG Group at a PE of 7.51.

As things stand CSG grew profits from 16cps in 2014, to 17.76cps in 2015 to 20.22cps in 2016. So, the company has proven growth potential even in difficult times.
And, on top of the profit growth it’s seen in the past years, it is also on a solid acquisition path.
CSG already acquired two security companies in 2016, 7 Arrows and Cubed Systems. These two companies provide monitoring and guarding services as well as installation and maintenance of electronic security systems.
CSG Group also pays a dividend, 5c in 2016 (yield of 3.8%), so it rewards you for just holding the share. But the real attractive bit lies with the company’s growth.
At a PE of 7.51 you’re getting the share at a steal. If the company grows profit to 22cps in the coming year, and investors are willing to pay a PE of 12.5 for the share, you’ve got a target price of 275c compared to its current 138c.

Wescoal announced that its headline earnings per share are up 445% to 27.8cps for the six months ended 30 September 2016.
This is on the back of a 37.1% increase in revenue thanks to its newly operating Elandspruit Colliery.
The company also confirmed it is paying a 4.21cps special dividend to shareholders by 14 November 2016.
This follows as it is completing a BEE deal, which will raise nearly R180 million in cash.
At worst I expect Wescoal to report earnings of 28cps for its full year, after adjusting for the effects of the coming BEE deal’s rights issue. Add in extra income from higher export earnings and perhaps an acquisition with the cash pile the company sits on, and there could be earnings as high as 30cps, 35cps.
That puts a minimum target price of 320cps on Wescoal in the coming year.
So, there’s at least 40% more upside in this share, which has already run 46% in the past three months!
As I said, this is not a time to sell. This is the time to buy. There are still many growing companies, at low valuations on our market. You just need to be willing to take the risk and buy!
Here’s to unleashing real value

The JSE is overvalued, should I sell?
Rate this article
Note: 4.33 of 3 votes