The last high-profile listing jumped 26% in less than two months - Should you jump into this new listing? 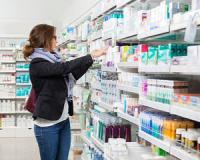 The company shared that it'll probably list at a price of R16.25 - R20.25. If demand for its shares is too high, it could increase the listing price.

Now, I must say, Dischem is a great business. It's doubled its number of stores since 2010, and tripled them since 2008.

It's clear that Dischem can take major market share from other companies like Clicks and Medirite and become a giant.

But does that mean you should jump in on the listing, and buy shares at any price possible?

Before we consider if Dischem is a good buy, lets consider what happened with the last new listing on the JSE.
Astoria was punted as the next best thing before it listed. An investment vehicle that would invest in offshore companies. It would protect you from rand weakness and make offshore profits. And it’s managed by Anchor Capital, which had a stellar run after listing on the JSE.
Astoria jumped 26% in less than two months after listing. It hit a high of R19.50 in January this year.
Since then it’s gone in one direction – down. Today the share trades at R10.98. Down 24.9% since its listing.
It’s not a bad business. In fact, today I’m more willing to buy Astoria than I was a year ago when it listed. So with this in mind let’s consider Dischem.

It’s all about the PE ratio

I expect Dischem to list at the higher end of the price range, and it’ll most probably jump upwards soon after listing, just like Astoria (and so many other hyped up listings do).
But here’s the thing.
Dischem is likely to report 70cps earnings in 2017.
At a share price of R20 that’s a PE of 28.6.
That’s not completely ridiculous, compared to other shares on the JSE.
But it does leave very little room for upside potential.
If Dischem achieves 50% profit growth two years in a row it would sit on a PE of 13.7.
But what happens if it only achieves 30% profit growth two years in a row? That means a two year forward PE of 17.
And that still leaves the share in the higher end of the market in terms of its valuation.
Sure, it could perform very well and justify this price.
But the risks are ever present – and the more you pay, the bigger the downside potential.
For my money – I wouldn’t pay more than R16.50 for a Dischem share.
I’ll rather sit on the side-lines when it lists – and look at the share six months down the line.
Here’s to unleashing real value
Francois Joubert


The last high-profile listing jumped 26% in less than two months - Should you jump into this new listing?
Rate this article
Note: 5 of 1 vote