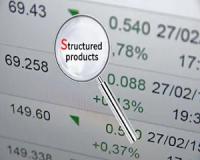 2020 is set to be a nervous year for South African investors.

At home we have this triple whammy to look forward to… load shedding, a potential ratings downgrade and low growth.

Internationally we got Brexit, the US election and the ongoing trade war. And maybe even an actual war!

All this when many global indices are at record high and way overdue a reset.

In such an environment I find it virtually impossible to find reasonable investment opportunities.

So, what is an investor to do…
________________________________________
The man who bought bitcoin for just $12 says it's now time to BUY
“The COIN KING that could turn R500 into R110K!”
Anyone with a tiny stake to spare could reap thousands – even tens of thousands of rands – from this erupting financial market.
In my book I reveal the name of the crypto I believe could eclipse bitcoin and turn a R2,000 stake into as much as R400K.
That’s it. For a limited time, R100 is all it costs to get your guide to the biggest wealth creation event in history…
"The Bottomless Goldmine"
________________________________________
I’ve decided to create my own product: The US Dollar FTSE Autocall
Here are its features:
1. Linked to the FTSE 100 but pays out in US Dollars,
2. Autocalls annually from year 2 if the FTSE is above or at its initial value with a 9.5% per annum pay out,
3. If the index doesn’t pay out but ends year 5 less than 30% down, you get 100% of capital back in US Dollars,
4. Backed by a major European bank,
5. Can invest from as little as $10,000 and all costs are built in.
Let’s look at what makes this product interesting…
It’s linked to the FTSE 100 but with a US Dollar Pay-out
The Financial Times Exchange Index 100 (FTSE 100) is comprised of the 100 largest companies listed on the London Stock Exchange.
At first glance you may think this makes it vulnerable to Brexit.
This danger is significantly reduced by having the pay out in US Dollars. Over 75% of the earnings of FTSE 100 companies are from outside the UK.
If Brexit was to be a disaster, this revenue should not be significantly affected. However, we would expect to see the Pound weaken dramatically which will push the index up.
We see something similar happening on the JSE whenever the rand weakens sharply and stocks with foreign exposure rise in response.
Autocalls annually from year 2 if the FTSE is above or at initial value with a 9,5% per annum pay out.
Autocalls have become incredibly popular with South African investors over the last few years and for good reason. They generally pay out a fixed return per annum so long as certain conditions are met.
In addition, they provide the possibility of early exits. In this case in as little 2 years you could get a 19% dollar return if the FTSE 100 isn’t negative.
Another positive feature is the fact that you have multiple chances to win.  If you don’t get paid out in year 2, you still have years 3, 4 and 5 to exit with a profit.
Using data over the last 20 years, this product would have paid out over 80% of the time.
(Please note: As always, past performance is not a guarantee of future returns.)
The 9,5% return in US Dollars per annum is also very attractive.
Remember when it comes to investment returns you must always look at them after inflation. US inflation rates are currently below 2%, much lower than rates in SA.
________________________________________
Your Secret Roadmap to Retiring in Modern-Day
South Africa
Let’s face it… the world is changing all the time.
This is especially true when it comes to business and finance.
And after 10 years in the trenches, I can say with absolute certainty…
You DON’T want to be on the sidelines when a new and great secret to building your income and wealth emerges.
That’s why, In The Little Book of BIG Income – Ten Filthy Secrets to get Rich Quick, you'll learn this secret.
________________________________________
If the index doesn’t pay out but ends year 5 less than 30% you get 100% of your capital back in US Dollars
Over the last 20 years, you would have lost a part of your capital less than 2% of the time.
In addition, your capital will be paid back in US Dollars as opposed to a Rand guarantee.
Consider the rand weakens about 6% on average vs the US Dollar per year. After 5 years a Dollar guarantee is expected to be worth a third more than a Rand guarantee.
All of this comes backed by a major European bank with all costs built in.
Since this a bespoke product, it is only available via Rand Swiss.
If you are interested in learning more, please contact us at support@randswiss.com.
Viv Govender,
Rand Swiss, Wealth Manager
Interested?: The secret strategy long-term investors use to keep R400,000 out of SARS pocket and in their hands.
Tags: viv govender, structured product, ftse 100, us dollar,