How I use “Poisson Distribution” to successfully predict winning soccer outcomes 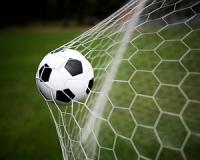 Every weekend myself and a couple of mates from work head over to our local sports bar, where we catch the lunch time Barclays Premier League game that day.

The afternoon always starts out the same, with great debate and the odd bet or two.

The most common friendly bet we place is the goal outcome for that game. But, here's something they don't know I have.

It's helped me with the goal outcome for the last three months, just read on to discover what it is.

What is “Poisson Distribution”?

Poisson Distribution will give you the probability of a number of independent events occurring in a fixed time frame. Meaning it will give you a percentage value of the probability that team A will score 0,1, 2 or even 3 goals against team B in a soccer game amounting to +- 90 minutes.
For example, Arsenal might have an average 1.2 goals per game. When you input this data into the Poisson Distribution formula, it shows you Arsenal’s value of 17.3% chance that Arsenal will score 0 goals, 20.5% for 1 goal and 25.2% for 3 goals.
But knowing the probability of the goal outcome is not enough, to give me more successful match outcomes, there is one thing you must consider.

First you have to calculate Attack and Defence strengths

Now that we have these key stats we can now work out the attacking and defensive strengths for both home and away.

To work out Attacking Strength home and away, simple follow:

Attacking and Defensive strengths for the teams

How to work out Goal expectancy using ‘Poisson Distribution’
Hopefully your still with me here….
If so, let’s go.
What we need to do now is use the ‘Poisson Distribution’ formula excel kindly supply’s you with.
The ‘Poisson Distribution’ formula in excel is the following:
Poisson = (x, mean, cumulative)
X = Number of Goals
Mean = Goal Expectancy
Cumulative = Set to “FALSE” so that the formula returns a value equal to the number of goals
If you have a look in Excel your formula should look like this:
=POISSON.DIST(0,1.63, FALSE) *POISSON.DIST(0,1.1, FALSE)
This gives us a probability of a 0-0 goal expectancy of 0.06%
Now should you enjoy betting on the correct score market, then this will greatly help you when betting of the following:
As a word of warning, this formula uses historical data in order to theoretically predict a goal outcome.
So test it and use it in conjunction with your other tools in your sports betting arsenal.
Until next time,
Christopher Ammon
Tags: soccer, poisson distribution, sports betting, sports, sport bet, soccer bet, how to win at sports betting, goal expectancy formula, sports betting strategy

How I use “Poisson Distribution” to successfully predict winning soccer outcomes
Rate this article
Note: 3.32 of 277 votes