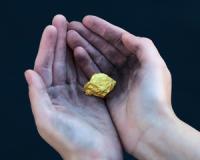 When I began investing, I used to buy and sell shares without even knowing exactly what the company did.

And my game plan couldn't have been more straightforward: If the share was moving higher, I bought it. If the share was falling, I sold it. I simply didn't care about the economics of a company.

This wasn't much of a strategy though. In some cases, it would work but it certainly never guaranteed I picked a winner.

But with experience came an understanding that I needed more of a concrete plan for buying and selling shares.

It's a simple five-step strategy that has helped me deliver an average 35% annual return over the last seven years.

Today, I'm going to share an outline of this strategy and show how you can use it to pick your first winning share…

Step one: “Staying power” is proof of a sustainable and profitable business

To find a quality company, first see if it has …
Companies with these characteristics demonstrate “staying power”.
Take retail giant Clicks as an example…
Clicks opened its first store in 1969. Ten years later, it listed on the JSE with a market cap of a mere R10 million.
Since listing, it’s managed to grow turnover from R100 million to R22 billion today, while boosting its market cap to a whopping R29 billion.
And it’s all thanks to its “back to retail basics” strategy which offers good value to Clicks’ customers through a wide range of products, competitive pricing and good customer service.
With over 650 stores situated throughout South Africa and Africa, Clicks commands more than a quarter of the market share in its skin and hair divisions.
It’s the perfect example of a company that has “staying power”
The next step is where you have to analyse the company’s fundamentals. Now, there are dozens of financial ratios or indicators investors use to see how the company’s performing.
But honestly, you only need to know the most important, which I’ll explain below…

Quality companies consistently grow profits in any market.
You see, over the past few years, factors like low economic growth, high inflation and high interest rates have hurt many company’s profits.
But take a company like Consolidated Infrastructure. Despite a terrible South African trading environment, the company has achieved consistent growth in earnings – from 100c in 2011 to 220.7c currently.  That’s five years of consistent growth in a turbulent market.

One of the biggest mistakes investors make is paying too much for a company.
So how do you identify undervalued quality companies?
There are ratios you can use: The Price/Earnings Ratio (PE) and The Price/Book Ratio (PB).
Again it’s useful to compare the company’s PB ratio against its competitors.Now it’s important to remember that stocks trading cheaply aren’t necessarily quality companies. So to make sure you’re buying a good company at a discount, use this checklist (steps 1,2,4 and 5) to confirm the company’s a quality buy.

Step four: A combination of growing cash and decreasing debt

Cash is important for any company to boost growth through acquisitions which will boost profits. Also, a company that consistently generates cash, is more likely to reward shareholders.
You must ignore companies that have a high debt to equity ratio. Compare the debt to equity ratio against the company’s peers and sector. Usually my cut off point is a debt/equity of 0.8. Any more than this and the company may struggle to generate enough cash to satisfy its debt.
For example, Nu-World Holdings has been decreasing debt every year. Currently, its balance sheet remains strong with a negative debt/equity of 1.4%. All while increasing its cash flow from R28.9 million to R98.3 million in just one year. Nu-World’s shares rose 43% in the past year.

Step five: Make sure your loyalty is rewarded

Dividends and share buybacks are just two great benefits of being an investor. Quality companies pay consistent dividends every year or do share buybacks (which essentially boosts profits).
Take Argent Industrials for example…
Over the past year, this company made three announcements regarding the buying of its own shares.
But here’s the thing…
The company’s board is allowed to buy back as much as 18 million shares in the company.
If it did so, it would see an increase in earnings per share of over 20%.
So it has the opportunity to increase profits significantly. What’s more, since 1995 it’s paid 39 dividends and only skipped a dividend in 2003 and 2010.
All you need to do is put this strategy to work
So to sum it up, look for companies that a combination of attributes.
This is a simple but proven strategy to help you make money from the stock market and build real wealth.
Until next time,
Always remember, knowledge brings you wealth,

The proven five-step strategy ANY first time investor can use to buy their first share
Rate this article
Note: 5 of 2 votes