What do Coca-Cola… Wal-Mart and Johnson & Johnson have in common? 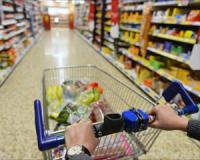 Mention Coca-Cola, Wal-Mart and Johnson & Johnson and the first thing that might come to mind is…

They're some of the biggest and leading companies in the world.

They're popular brands around most parts of the world.

And they've made plenty of savvy investors very wealthy.

And if you bought 100 shares of Wal-Mart Stores on Oct 1 1970, after stocks-splits, your investment would be worth over R10 million today.

But there's no secret here. Almost everyone knows this. But these companies share another unique quality. An investment quality that only a handful of companies can boast about.

Warren Buffett said it best when he said, “The best holding period for a stock is…forever.”

And they’re the type of stocks you want to own in your portfolio to build wealth.

#1: Staying power/Stability – The ability to thrive in every single market condition

Coca-Cola: Coca-Cola has been around since 1886. It started with a market cap of around $30 million. Now its market cap is over $180 billion.

Johnson & Johnson: J&J has been around for more than a century with a market cap of $329 billion. The company generates $70 billion in sales a year and around $15 billion in profits.


#2: A strong brand value attracts customers all of the world

Coca-Cola: Coca Cola is the No. 1 provider of sparkling beverages, ready-to-drink coffees, and juices and juice drinks, employing around 700,000 people.  Not to mention, it held the No. 1 spot on Interbrand's Annual Ranking of global brands for 13 consecutive years.

Johnson & Johnson: J&J produces, supplies and sells a portfolio of profitable brands like Listerine, Neutrogena, Rogaine in 60 countries. As a result, 70% of their sales are from products that are #1 or #2 in global market share. And because of this, for more than a decade, Johnson & Johnson has built sustainable customer loyalty and shareholder value through its three profitable divisions…

Coca-Cola: Coca Cola’s global reach expands in more than 200 countries at a rate of 1.9 billion servings a day.  This had made Coca Cola’s market share of carbonated beverages worldwide around 48%, while its closest competitor, Pepsi has a market share of only 20%.

Johnson & Johnson: J&J isn't just one company, or even three business segments. It's comprised of more than 265 subsidiaries. J&J also operates in more than 60 countries worldwide so that it can take advantage of high-margin profit opportunities in developed countries, while also solidifying a strong position in developing and emerging markets.

Wal-Mart: Walmart operates over 11,500 retail units in 28 countries. It employs 2.3 million associates around the world –1.5 million in the US alone.

Coca-Cola: Coca-Cola has paid a quarterly dividend since 1920 and has increased dividends in each of the last 54 years.

Wal-Mart: Wal-Mart has paid a dividend since 1975 and has increased its dividend for 40 years.

So if you can identify a company that demonstrates the same innovation, brand value, growth prospects and profitability as a company like Johnson & Johnson, Wal-Mart and Coca-Cola, then in theory, you have an absolute winner.

Until next time,
Always remember, Knowledge brings you wealth,

P.S.  I’ve pinpointed a South African company that has implemented the exact same strategy as J&J. This local company not only owns the next best brands after J&J, but it owns the number one and two healthcare brands in South Africa and globally. Click here to get all the details…
Tags: wal-mart, coca-cola, johnson & johnson, long-term investments, stable investments, buy and hold forever stocks, strong brands, competitive advantage, blue chip stocks, growth stocks, jse stocks to buy, shares to buy, share tips

What do Coca-Cola… Wal-Mart and Johnson & Johnson have in common?
Rate this article
Note: 4.75 of 2 votes