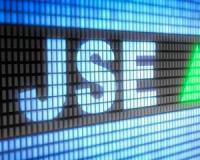 Last week I mentioned that the worst was finally over for America and that I expected the Dow Jones to hit new all-time highs.

This was based on three things…

• The boost in confidence as the economy was starting to re-open.
• Two bio-tech companies announced the progress of future vaccines for the coronavirus.
• The federal reserve to inject $600 billion for SME (Small-Medium Enterprises).

Today's article is a follow up, where I'll go through four reasons why I expect the JSE All Share Index to hit all-time highs… In 2014, US TV host Rick Amato laughed at crypto expert Sam Volkering when he said investors should buy crypto…
Just four years later, he pocketed over 20,000% from Ripple.
Find out which cryptos he believe will lead the next crypto wave here
________________________________________
Reason #1: Our economy is about to wake up with the ease of the lockdown
On Monday, 1 June 2020, the national lockdown went to level 3.
This resulted in many firms and businesses resuing operation at almost, full capacity.
Already we’ve seen a boost in activity in food production, retail, communications as well as mining.
In fact, most underground mines like DRD are heading back to 100% production.
Millions of employees have gone back to work, there’s been an improved sentiment towards the economy and the JSE has rallied 3.28% with three up days in a row.
Jasper Lawler, Head of research at London Capital Group, said,
“Markets are pinning hopes on a quick economic rebound once lockdown and travel restrictions are lifted,”
Reason #2: The JSE is lagging the World index
The JSE as well as many other emerging markets, tend to follow the world markets…
When the World index moves up, we see the JSE follow. And when it drops (due to a financial crisis or a global Black Swan event) the JSE crashes with it.
This is because most South African equity market’s earnings, are derived from demand factors outside its borders.
Now let’s take a second to look at the World index (MSCI ACWI Index) performance in relation to the JSE… Since 1 March up until 1 June, we’ve seen the ALSI 40 (JSE All Share Top 40 Index) move in a triangular pattern (shaded area).
This is called an Ascending Triangle which has two main characteristics.
#1: Triangle that makes higher highs
The price moves down until it hits a bottom. In this case, the price moved to a low price at 34,000.
It then moves up and forms a high price. Which in this case, the price moved to a high at 48,323.
#2: The price breaks out of the triangle
The market then moves to the top and breaks up and out of the triangle formation.
Now that the price has broken out of the Ascending Triangle, we can expect demand and buyers to rush in.
This will result in the ALSI moving to new highs.
To calculate this target, we’ll take the difference between the high and the low of the formation and add it to the high.
Target price = (High – Low) + High
= (48,323 – 34,000) + 48,323
= 62,646
This means, we can expect the JSE ALSI to rally another 30% from where it currently is, in the next few weeks.
Here’s how I’ll profit from the JSE ALSI run up
First, I’ll buy the ALMI (JSE All Share Top 40 Mini Index) and hold it until it hits my price target.
Second, I’ll be buying different stocks on the JSE which will move up when the ALSI rallies. I’m talking about resources, industrials and even retailers.
If you’d like to see the trades I’ll be taking with exact price entries and exits, click here so I know which email address to send them to.
Trade well,

4 Reasons why I also expect the JSE to hit new all-time highs
Rate this article
Note: 4.75 of 4 votes