America is going to hell - And the South African rand is about to rally! 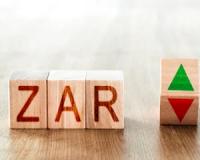 Last week, was a wild ride.

We had a global sell-off in stocks and currencies due to:

And while all hell was breaking loose, the South African rand was on fire.

In fact, last week it broke below its floor level at R16.00 for the first time since March.

This tells me one thing for us as traders and consumers…

Our currency is about to strengthen a whole lot more.

And in this article, I'm going to share three reasons why I've never been more excited to profit from the South African rand… We can see that the price has been in a major downtrend in the last couple of months.
This is due to stress from the election, the unprecedented pandemic cases, the hold off of stimulus packages and from rock-bottom interest rates…
We are now seeing index price levels not seen since 2018.
As long as we see the index dropping, we can expect investors to exit out of their US dollar positions and into other currencies (like the ZAR).
Here’s what analysts at Rand Merchant Bank said in a research note to their clients:
"This is very much a sign of dollar weakness in the wake of rising infection rates.”
It’s also reported that investors will short the dollar against different currencies including:
The Mexican peso, South African rand and the Indian rupee… Strategists are also suggesting to buy the euro, Canadian & Australian dollars against the US dollar.
Also, a number of major banks are also bullish on the rand.
Analysts at Morgan Stanley, quoted by Reuters, said that investors should position for a year-end rally in emerging market currencies including the rand.
So, this will all lead to greenback weakness and emerging currencies to strengthen.
________________________________________
JSE Top Penny Stock 2021 Report: You could make a fortune with the 5 potentially explosive shares hand-picked by our market expert.
________________________________________
Reason #3: The Descending Triangle confirms a rand rally

In the above daily chart of the USD/ZAR, we can see that a Descending Triangle reversal breakout pattern has been forming since March 2020.
Basically, this is a chart formation where the price moves in a triangular pattern which forms lower highs while bouncing on the same low price.
In this case, the price has moved from a high of R19.32, down to a low of R16.00.
The price then continued making lower highs since March. This told me that the sellers were winning the battle and the price was about to break below R16.00.
Which it did… And this confirms that there is going to be major US dollar selling against the South African rand.
And this will send the price lower. In fact, the next target I expect the USD/ZAR to head is to a low of $14.00.
This is because, I expect the price to head back to its previous support level (floor level), which most traders will be watching, which was back in December 2019.
Here are two ways I’ll profit from the 12.78% drop in the US dollar against the SA rand
First, I’ll go short the USD/ZAR Mini CFDs and hold it until it hits the price target.
Second, I’ll be waiting for Trader X’s next USD/ZAR trade signal as they’ve really been on a roll lately.
In fact, their last USD/ZAR CFD trade banked their members an insane 243% gain alone! I’ll most definitely not miss the next one!
Trade well,
Timon Rossolimos
Managing Editor, Trading Tips
Tags: timon rossolimos, trading, rand, us dollar, currency

America is going to hell - And the South African rand is about to rally!
Rate this article
Note: 3.73 of 13 votes