Are your trading profits suffering because of this hidden cost 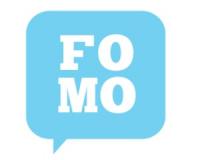 While you're reading this one sentence, someone out there is making money, maybe it is you and maybe its no. It's all because of this one ‘opportunity' cost…

FOMO is new generation jargon for Fear Of Missing Out.
Basically, it's where you have so many profitable options to choose from and yet you just don't take the trade.

FOMO can be a real challenge for traders.

They end up looking at their trading account realising all the profits they could have banked for the week or month.
JUST IN: How ‘pickpocket trading’ could make you up to R1,450 a week


How do I know?
Because this still happens to me – even after 14 years of being in the market.
I take 80% of the trades that line up according to my winning strategy, and the rest I say things like:


“Not this time Timon”
This is where I’ve already taken a trade for the day.
And then when another high profitable position lines up, I ignore taking the next trade.
Two weeks later I find that the trade would have banked me a decent profit.
Or
“I have a bad feeling about this”
This is where I’m feeling jittery about trading for the day.
You’ll find that when you feel anxious or stressed about some personal affair in your life you might have bad feelings about taking trades.
WARNING: 18.11.17 The day of the great crypto eruption - READ HERE FOR DETAILS


No matter how perfect the trade is lined up and no matter how high the chance of profiting you still just don’t take the damn trade.
Two weeks later – BOOM.
The trade hits your take profit without you.
Why are we driven by FOMO?
We humans are risk averse by nature. No matter how perfect something looks, we always consider the worse-case-scenario.
Losing money…
Bruised ego...
Being wrong…
Here’s what you can do to kick FOMO into touch
Action #1: Drop the risk – feel less stressed
If you’re afraid of losing money in any one trade, then first you need to drop your risk.
Let’s say your portfolio value is R10,000 and you risk R1,000 per trade.
It’s understandable that you feel anxious and stressed risking 10% of your portfolio.
10 losing trades later and you’ve blown your account.
So, you need to ask yourself the question.
“What percentage of my portfolio should I risk where I won’t feel anxious?”
R800? 8%
R500? 5%
R200? 2%
R150? 1.5%
As you were reading the different risk amounts per trade, did you notice you were already starting to feel more calm?
Maybe R500 to risk was still a bit too much?
Maybe R150 to risk, you feel like trading is just not worth it?
And maybe R200 is your Goldilocks perfect level.
Whatever it is, when you risk less you’ll feel less stressed and you’ll end up taking more trades which will lower the FOMO.
Action #2: Turn “NOT THIS TIME” into “YES, DO IT”
Another easy way to stop the FOMO is to set a minimum number of trades you’ll take for the week.
Before, I would only consider taking one trade a week.
And no matter how perfect other trades lined up – I closed shop for the rest of the week.
So what did I do to take more profitable trades in a week?
I pumped the minimum trade number up to three trades a week on ONE CONDITION…
The second and third trade has to line up exactly according to my winning strategy.

ALERT: These kind of share moves could turn R10,000 into R20,000, R50,000 into R100,000 or even R100,000 into R200,000 in the next 24 months
You can set the minimum trade number to two or five trades a week, if you prefer.
And if your five perfect trades lined up and you only took three, consider the week a FAIL.
You can jot down in your portfolio – FAIL for the week.
It doesn’t matter how much profits you made. With you not taking those extra trades shows that FOMO still resides within.
Not only will setting a minimum trade number get you to profit more in the future.
Setting a minimum will also challenge you to achieve another goal.
“To achieve taking the minimum winning trades in a week”.
FOMO is something you can definitely reduce. You might not be able to cut out all of the FOMO with trading, because you’re human.
However, I know that if you follow these two actions and add them to your winning trading strategy rules – You’ll take more trades and bank more profits than you did previously.

Are your trading profits suffering because of this hidden cost
Rate this article
Note: 2.5 of 3 votes