BRACE YOURSELF: We saw this in 1997 and it looks like it's about to happen again! 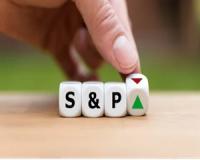 With the truce agreement between the US and China that took place at the G20 summit, the rumours about the FED cutting interest rates and the index breaking above the psychological 3,000 level - It looks like we are in for a very profitable ride with the SP500.

Let me explain…
________________________________________
Recommended:
Why I think these gold shares could make 2019 the most profitable year of your life
In your playbook, I’ll reveal full details on how
• You can profit from the Gold rally with one of the JSE’s oldest gold producers
• Make 113% from a JSE Gold mining junior in 12 months
PLUS, I’ll also give you free access for 90 days to my Red Hot Penny Shares newsletter. So, you can see that these ‘double your money’ stock opportunities don’t just come round once in a blue moon but in fact I’ll send you one or two plays every month…
I’ll also give you access to my ‘Penny Stock’ Wealth Package (worth more than R2,750) to make 2019 the most profitable year of your life.
Here’s how to get your package and your book immediately.
________________________________________
Ceasefire with the trade war has sparked huge buying confidence with the SP500
Last week, I spoke about the agreed truce and an eventual trade agreement between the US and China which took place after the G20 summit’s event for the year.
Just to sum it up: At the G20, President Trump and President Xi Jinping came to an agreement to renew negotiations for a new trade deal. In the meantime, the US will hold back on new tariffs and China will buy more products from US farmers.
Since then there have been a number of experts and analysts that have now predicted a possible ‘mini-bubble’ or ‘market melt-up’ for the SP500.
Basically, a mini-bubble or a ‘market melt-up’ is considered a strong move higher by investors who are trying to get in on the momentum up shift as the market rallies during the last market up-cycle called ‘the late-stage bull market’.
Now luckily for us, as short-term traders, we don’t need to worry about when the bubble will finally decide to pop as we can profit while the SP500 rises during the bubble forming stage.
In fact, Barclays believes there is a 65% chance that the market ‘melt-up’ will result in the index moving 10% higher from where it is now…
Here’s what Maneesh Deshpande, head of equity derivatives strategy at Barclays, said in a note on Wednesday.
“After the truce in the U.S.-China trade war post the G-20 meeting in Osaka, the ‘melt-up’ scenario ... is now our highest probability outcome,”
The Fed is expected to cut interest rates and this is the best news yet for the SP500
Did you know when the Fed cut interest rates in three consecutive months in 1998, the SP500 rallied more than 28% in the last four months of that year?
Well, it looks like we could experience something similar this year…
At the end of this month, the Fed is expected to cut interest rates as the wage growth, economic growth and domestic inflation continues to slow down.
And right now, we are seeing a number of signs that tell us that the Federal Reserve will cut interest rates to help the economy including…
1.    US indices such as the SP500 and the Dow Jones have hit all-time highs.
2.    According to CME FedWatch Tool – Traders are pricing in a 100% chance of at least a quarter-point cut in July.
3.    Barclays expects the Fed to lower the Federal rate by 50 basis points in July.
4.    Barclays also expects the Fed to cut interest rates by 75 basis points this year.
5.    Most blue-chip US stocks have rallied on the increasing expectation that the Federal Reserve will cut interest rates.
And guess what? The charts, agree.
________________________________________
“If you want to make a killing from cryptocurrencies – read this book as FAST as you bloody can!”
I’d like to rush you a copy of my book, Crypto Revolution, right away.
Inside you will find everything you need to understand this financial revolution…
And take maximum – potentially life-changing – advantage of it.
Including the name of the coin I am calling “The Bitcoin Killer”…
A cryptocurrency that could ultimately climb 20,000% from where it sits today.
That’s the kind of move that turns R2,500 into R500k over the longer term.
You’ll get the name of that crypto…
My full case for why it could rise to become the #1 crypto in the world…
CLAIM YOUR BOOK IMMEDIATELY
________________________________________
Why I expect the SP500 to hit $3,650 in the next few months Looking at the daily chart of the SP500, you can see that since August 2018, the index has been forming a continuation breakout pattern called a Cup and Handle.
Basically, this is formation contains three main components.
– The Cup (Big rounding bottom)
– The Handle (Small rounding bottom)
– The Brim level (Resistance) at 3,000
Last week, we saw the SP500 break above this psychological price level of 3,000 which has already led the index up to 3,020. Based on the factors mentioned above, we can expect the momentum to continue to the upside as more investors and traders pile into the stocks linked to the SP500.
Using the Top-Down method, we’ll be able to calculate what the next target is for the SP500.
Here’s the calculation.
Price target     = (Top – Down) + Top
= (3,000 – 2,350) + 3,000
= 3,650
While the world is celebrating the fact that the SP500 has crossed through 3,000, I think we should celebrate when the index touches 3,650!
Either you can buy the SP500 CFDs and hold them until it hits the target. Or you can wait for ‘the next SMS trade from Pickpocket Trader.
“Wisdom yields Wealth”

BRACE YOURSELF: We saw this in 1997 and it looks like it's about to happen again!
Rate this article
Note: 3.75 of 4 votes