BRAVO! The Rand is the world's best performing currency in 2021 - Here's why I expect another 15% gain! 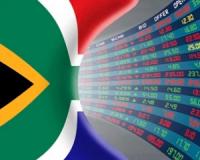 The rand rallied to the highest level in more than two years against the US dollar.

But did you know, the rand is also the world's best performing currency in 2021?

The chart below shows how other currencies have performed… And the Rand?
Well,
it’s gained over 30% against the US Dollar.
Bravo!
But this shouldn’t be a shock to us. In April, I told you I expected the rand to rally to R13.80, when it was at R15.00.
And today, it’s comfortably sitting at R13.50.
Now you’d think that I would expect it to weaken from here? Think again.
In this article, I’m going to show you why I expect the rand to rally another 15% and how we can profit from the next bullish move.
________________________________________
10X Crypto Profit Potential
Bitcoin has hit a series of new all-time highs already in 2021. Peaking so far over $60K. Its market cap has surged over $1 trillion.
And if you want to dip into an investment that's taking off - and can be cheaper and easier than trading stocks or options...
Crypto is your answer
________________________________________
A weak economy and local issues are having no impact on the rand – Here’s why
South Africa’s unemployment rate is still over 37%. We’re experiencing Eskom load shedding power cuts again and the economy has yet to fully recover.
And yet the rand continues to strengthen.
Here are some reasons why…
It’s not local factors that are driving the rand up, but rather global factors.
The first factor is higher commodity prices are benefiting resource stocks. With the incoming data, it shows that in 2021 the economic outcome is 3.9% year on year. This is higher than the expected 3.2% y/y.
We both know, higher commodity prices benefit South Africa’s exports. As the commodity prices increases, so does South Africa’s revenue.
Next, the US Federal Reserve insist that US lending rates will remain low, which will weaken the US dollar further. When the US dollar weakens, emerging market currencies (like the rand) get stronger.
Even Credit Suisse described the rand as an Emerging Market "darling" and told their clients they expect weakness in the U.S. Dollar.
And here’s what Reuters reported summing up the above:
“With the local economy remaining weak and facing power cuts, the rand’s recent rally has been mainly on the back of global factors, including higher commodity prices which benefit resource-rich South Africa and expectations that US lending rates will stay lower for longer”.
Commodity earnings are pumping the rand and JP Morgan is buying
We’ve recently seen South Africa’s earnings surge from a number of platinum and other precious metals.
This is also helping boost the country’s trade account, which will have a positive impact on the rand’s strength…
So much so, that the FX Strategist at JP Morgan, Anezka Christovova, says the:
"ZAR screens significantly undervalued,"
JP Morgan’s model suggests, the rand is still undervalued by 5.5%.
You know what that means?
This analysis and report will continue to entice investors and institutions around the world to increase their rand positions against the US dollar.
And the charts agree 100%.
Why this HUGE Head and Shoulder pattern shows another 15% gain for the rand

Above, is the daily price chart of the USD/ZAR (US Dollar against the South African rand).
Since the beginning of the year, it’s formed one of the breakout patterns I use to send trade ideas to Red Hot Storm Traders.
It’s called a Head and Shoulders (Shaded area).
This pattern contains four main parts namely:
The left shoulder, a lower head, right shoulder and a support (floor level). (Shaded area)
This month, we saw the pattern finally complete, and then break below the support at R13.87.
When the price broke below the support level, this attracted more selling (for the US dollar) which sent the price down further.
And based on the factors I’ve mentioned today, it looks like we’re in for the next dollar weakness against the rand. To work out where the next price target is, we’re going to basically look at where the next strong support level is…
If you go back on 22 February 2018, you’ll see that the next support is at R11.50.
That’s another 15% gain for the rand which is good for not only traders but also consumers…
________________________________________
FRANCOIS’ NO. 1 DIVIDEND STOCK
Chief Income Strategist Francois Joubert is sharing his favourite dividend stock.
There are not a lot of companies that make profits in good times and in bad…
But what if I told you there’s a business that’s seen increased demand due to the Covid-19 pandemic… And this isn’t just a fluke.
Businesses like this one are extremely resilient – and tend to grow their bottom lines no matter the economic situation.
In fact, as I write its dividend yield sits at an incredible 10.4% based on its current share price.
And when you see why I think its share price has a long way to run up, you’ll quickly see why it’s my #1 Income stock for 2021.
Find out why this company is set for a record year - and get the name and ticker symbol - as part of Francois’ FREE Big Income Package
________________________________________
Here's how I'll profit from the next 15% rand rally
First, I'll sell (go short) the USD/ZAR CFDs and hold it until it reaches my price target
Second, I'll be looking to buy companies that run up when the rand strengthens.
I'm talking about sectors like retail, banks and industrials. However only my elite members will see these trade ideas. If you're a serious trader, then you can click here to join.
Trade well,
Timon Rossolimos,
Chief Strategist, Red Hot Storm Trader

BRAVO! The Rand is the world's best performing currency in 2021 - Here's why I expect another 15% gain!
Rate this article
Note: 5 of 1 vote