Did you miss my first prediction on the SP500? Here's my next one... 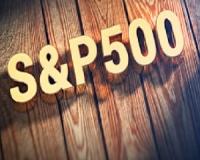 In July this year, I pinpointed 3 green lights for its rally to 4,600. And have you seen recently it's been trading at around 4,681

The price has shot right through the price target and then some.

At first, I was going to just bank my profits and run…

However, I've just been alerted another 3 MAJOR buying signals.

And now my SP500 price target just got bigger, better and even more profitable…

This is clearly a bullish (positive) sign for the sector. And with the bill in play, we will continue seeing buying. And this will help push up the S&P 500 further.
Jobs are coming back at an alarming rate
Now when an infrastructure stimulus package is passed, this helps boost the economy in many other ways.
First more jobs mean more revenue inflow, more confidence in the economy as well as high growth prospects for the future.
And these all-signal great opportunities for both international and foreign direct investment. Especially in the SP500 with 500 of the most traded companies in America.
Consequently, the jobs report that was released on Friday, came out a lot better than economists predicted.
According to the Labour Department, the U.S Payrolls added 531,000 jobs last month.
Here’s what Marko Kolanovic, JP Morgan, said in a note last week regarding the report.
"We expect equities to continue to climb the 'wall of worry', as risks look largely priced in and showing signs of improvement".
The fundamental signs are looking strong and the analysts and economists are agreeing…
But most important, the charts are still pointing to a screaming buy…
Let’s see.
Why this Rising Channel is telling me the SP500 is heading higher