Goldfields and the three profitable bears 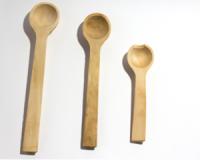 We saw the markets welcome the transition of power. But we also know the sentiment is fickle as weather.

In today's Trading Tips, and in honour of his inauguration, I want to look at three bearish (downside) trading set ups and one safe-haven gold trade.


These companies may be fundamentally strong, but the short-term signals uncertainty

Now the companies below are kind of like America. They're fundamentally strong, but likely to face some uncertainty in the short-term.
When we look at the technicals, these charts are screaming "sell" but it's probably best not to go "naked" short.
What I mean by "naked" is to not just go into the trades without having some sort of risk mitigating contra position. These should either be traded as "pairs" or just used to hedge out existing exposure.
After all, these are still great companies at reasonable prices. But even great company's stock prices go through periods of under-performance.
So, if you're like me, and already own a few of these companies in your long-term equity portfolio, you might want to hedge (manage) your exposure for the next couple of weeks.

For years, a trading rule of thumb has been to never, ever, short Naspers.
After all, there's always the chance they will announce an unbundling (breaking up the company) and which could result in an instant 30% upside.
In fact, I was so convinced to always be long this company, I actually wrote: You do not short Naspers on the wall of the dealing room as a warning to any pour soul thinking it might be a good idea to go short.
And yet, here we are today. (In spite of the writing on the wall...  literally.)
Here’s why I want to short (sell) Naspers

This has always been an important support/resistance line for Naspers.
Second, MACD and Stochastic indicators are both pointing to a sharp fall.
There is a horizontal resistance (ceiling level) at R2,243.00 as well as a declining trend line.

The price is also retesting the break of the logarithmic long-term support. Oh and let's also not forget the recent "Death Cross".

A “Death Cross” is a technical term for when a long term-moving average (in this case the 200DMA) crosses over a short-term moving average (the 50DMA in the chart below). When this happens, it signals downside to come (bear market).

It's not often you see such a powerful confluence of technical indicators all pointing so clearly to a fall.

This is another great company, but probably worth putting on a little protection if you hold it.
The share price has moved up to the top of channel resistance. There isn't too much in the MACD but the Stochastic is overbought.
Again, you'll want to trade this with a very tight stop. I’ve set my stop loss at R307.50.
The second target would be set at the bottom of the channel. You could even look for as much at R250.00. We'll try for a quick exit at R282.00, just above the 200 day moving average.

The "Death Cross" signals Mondi as a sell!

All of which should still be top of mind concerns for traders. But today's trade is technical in nature. Standard Bank looks to be breaking down through its long-term support (floor-level). The stock failed to break the R155.50 level in November and December, following rampant optimism and is currently starting to slide.
We'll attempt entry at R149.50 should we see a re-test of the break. My first target is set at R142.00 and second target is at R137.70. Stop loss is set at R156.10.

Here's where to short Standard Bank

A stock worth buying: Long Goldfields (GFI)
Gold mining stocks have shown lackluster performance over the longer-term but its volatility makes for great short-term trading.
After a strong run in the first half of 2016 Goldfields' share price came under immense pressure.
But that's all changed. The stock broke out of its long-term downtrend in the first week of 2017.
Remember, gold companies are inexorably linked to the price of the underlying metal.
But while we have seen gold fairly stagnant over the last couple of years, miners have been:
• Reducing costs
• Improving their balance sheets
• Positioning for lower price environment.
If we see jitters across global markets, the resultant flight to safety or even just a weaker USD, this breakout could start to gather momentum.
First target at R53.50. Second target at R60.00. Stop loss set at R41.70.
Gold Fields looking to go up from here!

To take these trades you’ll look at going long or short equity derivatives. The idea is to reduce your overall portfolio risk and hedge your positions at favourable prices.
PS: If you'd like to create a full or a partial hedge in order to protect yourself from any short-term volatility and need help with pricing please feel free to contact me on support@randswiss.co.za.

Goldfields and the three profitable bears
Rate this article
Note: 5 of 1 vote