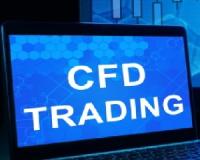 My name's Timon Rossolimos and I have been a professional trader since 2003.

I run a small trading company called MATI Trader in the heart of Gauteng, Johannesburg. I have also been running a consistently profitable trader service and newsletter for the past ten years.

Before that I managed a restaurant, traded for myself and worked at a few broker houses.

It's there I first became interested in trading - but with normal trading in shares, not realising just how profitable trading the other financial markets could be.

So, I left to pursue a career trading the rest of the world markets and found myself in the same position I suspect you are in now…
I was trying to find a genuine way to profit from trading among all the misinformation and downright lies bandied about on the web.

With a background in economics and econometrics, I was drawn to using lots of calculations, fiddly indicators and all that complicated nonsense. I spent a lot of my time buried in books.

This was a mistake.

I mean, don’t get me wrong, some of the indicators and strategies out there do help - I did make a bit of money, here and there…

But, being stuck with one of these limited approaches means that when the market conditions rapidly change, (as they frequently do) you’re left without a leg to stand on.

In fact, my initial trading account, I wiped out 30% of the total.

But I didn’t give up.

I got back on my feet and started over, this time disregarding all the complicated rubbish that had tripped me up before.

It was then, when I started challenging the common trading beliefs - or LIES to be frank - that I started getting somewhere.

In fact, I put most of my success down to mastering this next idea I’m going to share with you today.

I mean, they say you can’t compete with the “big players” in the market…

But, I’ve found a “little-known” secret that reveals to you the exact positions of “big players” in the market - it’s like shooting fish in a barrel…

Find out here before this opportunity disappears…

How I became a professional trader and how you can do exactly the same
Rate this article
Note: 3.14 of 7 votes