How to trade: The trend is your friend 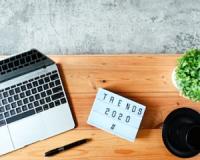 If you've been following my Thursday Money Morning contributions over the last few weeks, you'll know we're slowly working through the important concepts in trading and technical analysis.
Last week, we covered some of the basics around risk management. If you missed it, you can find the article here.
But this week we’re tackling one of the most useful and often ignored aspects of technical trading: Support and resistance.
________________________________________
Francois Joubert reveals: Top 5 Penny Stocks to buy now for future profits in this ongoing pandemic
________________________________________
Years ago, I remember having a discussion with a client around Support and resistance. This guy was an avid technician. He’d done all the courses and he’d traded for well over 10 years. In short, he’d earned his 10,000 hours’ worth of trading experience. He loved Elliot-Wave Theory and, with more than a decade of sitting in front of trading screens, his own technical system had become so complex you could barely see the share price chart. He’d even started creating his own indicators!
Yet, despite his numerous indicators, he was going through a rough patch. At some point almost all traders do. You’ll just hit a string of losers and you won’t know why... Sometimes, the technical system fails. Sometimes the underlying market conditions just change. What he revealed to me was, when in doubt, use support and resistance and trust the trend.
He said, over the years he’d made more money just simply trading simple support and resistance levels than any other system he’d tried. When he went through a rough patch, he would make sure of three things:
1. He would reduce the size of his positions,
2. He would make absolutely sure he was trading in a trend, and
3. He would scrap all other indicators and just “trust” the support and resistance lines!
It’s so tempting for novice traders to overthink the whole thing concept of buying and sell securities!
Beginners try to be smart pick the tops and bottoms of share price movements. It’s a very human mistake. You are putting your money on the line, so naturally you want the “best” price. Maybe it’s because you think stock markets are like physical markets.
Perhaps you have a vision of the Greek Agora or a bustling flea market. You picture yourself haggling for the lowest price possible. That’s the point, right?
On every purchase you must get the lowest price. After all a stock market is just the modern electronic equivalent of those old commercial hubs?
Wrong!
There is no negotiation in online trading. You either accept the price or you don’t. Your finely honed negotiation skills mean nothing. Your ability to read and interpret data is everything.
So, here’s another little secret all expert traders know: You don’t need to find the tops or bottoms; you just need to find the trend!
If you can determine the trend then, more often than not, you will know if you should buy or sell.
Once a trend forms, it tends to persist. So, all you need do is figure out what the trend is, and half the battle is won.
But okay, how do you determine if a trend is in force?
Well, the easiest way is to just have a look.
Take a look at the chart of Bidcorp (BID) below:

You can clearly see that BID is in a short-term uptrend.
There are many ways of determining a trend, for example you could also use an indicator like the Moving-Average-Convergence-Divergence, or MACD (pronounced MAC-Dee) for short. Below is the same BID chart but with the MACD added at the bottom.

If the MACD is pointing up (which it is) it means the trend is up. The MACD also has a midpoint. If the MACD-line is above that midpoint, it acts as confirmation that an uptrend is in force just in case you have any doubt. But I’ll cover this indicator in more detail in a later article.
For now, a useful way of determining a trend from pricing data only is to ask the question:
Is this share price chart making higher highs and higher lows?
All share price charts have small peaks and troughs. If both the peaks and the troughs are getting progressively higher, then you’ve found an uptrend.
But once you have identified the uptrend, how do you decide on your entry points?
A good way of doing that is to use support and resistance trendlines.
When you draw a trendline, you connect the bottoms (for an uptrend) or the tops (for a downtrend). The trendline will then give you an idea where a share might find support or resistance.
In the context of an overall uptrend, support is the area at which you expect a falling price to slow down and turn back higher. Resistance is the point at which the rising price runs out of steam and starts to head back towards a trough.
Have a look at the graph below.
________________________________________
What’s all the Hullabaloo?
Conspiracy theories or not… this industry is going to explode!
5G. The most debated topic in the mainstream right now… (beside Covid-19)!
I don’t doubt you’ll have your views, and I’m not here to change them.
What I am here to tell you is this may just be the next greatest investment opportunity in our lifetimes….
If you missed investing in Microsoft, or Amazon, Or Facebook, you don’t want to miss this!
Here are the facts.
________________________________________

You can see the price has found support at A and B. You could also say the price is approaching a support level at C.
In nutshell, support and resistance are points at which the share price reverses back into a predictable pattern.
The trendline gives you an area of where you could look at entering a trade. Either you’d trade the bounce off support and go “long”. Or you could wait for a break below the trend line and go “short”.
Next week, I’ll explore the difference between break trading and mean reversion trading as well as explore some key reasons why support and resistance trendlines work as well as they do!
In the meantime, if you’re ready to get started, I highly recommend you apply for an account with Rand Swiss.
Rand Swiss is currently ranked South Africa's #1 Stockbroker, Best Advice Broker and People's Choice Award Winner by the Financial Mail Top Stockbrokers Survey. As a Money Morning subscriber, you qualify for special rates.
Just send an email to support@randswiss.com along with your phone number, and one of their representatives will guide you through the account set up process.
Kind regards,
Christo Krog,
Private Client Trader
Tags: christo krog, investing, trend, support and resistance, support, resistance

How to trade: The trend is your friend
Rate this article
Note: 5 of 1 vote