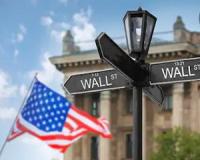 Q. “Timon you were right about the delay in the voting in the USA, due to the counting of hand mail.

But now the big question is.

What can we expect with the US stock markets, with Joe Biden becoming the next American President?”
A. I did some research on the weekend. When I went to back-test the US stock markets over the last 23 election years, what I found might surprise you.
It has shown to have 19 positive years over the last 23 election years, going back from 1928 through to 2016 (since Trumps era).
This means, that 82.60% of the election years have shown a positive return for the US stock markets.
It’s also important to note that, when a Democrat is elected – the total return for the year averaged 11%. And when a Republican was elected, the total return for the year averaged 13.2%.
So, we can definitely expect overall upside over the next year.
However, as traders we only care about the short-term movements and where the markets are going in the next few months.
With a new Democratic president (Joe Biden) walking into office, I think there is going to be a bit of trepidation (worry) in the markets.
This is because investors will feel uncertainty with what policies are going to be implemented, changed and considered in the near future.
And that doesn’t even include the Coronavirus! We don’t know what Biden’s plans are in regards to the long-awaited stimulus package, vaccine trials and whether he will have to enforce another strict lockdown – Which will be damaging to the economy!
Right now, there are more questions than there are answers.
And for this reason, I still remain bearish with where the US markets are heading in the next few weeks.
________________________________________

Five consecutive trades in a row
yielded a massive return on margin of 420.38%
• In only 8 days you could have made a gain of 243.9% from a 1% increase in the Rand Dollar.
• In just 23 days, you could have made a 21.98% gain from a stunning long play on GBP/JPY.
• With the powerful leverage in pickpocket trading you could have made a 111% gain in just 15 days betting on the pound against the ozzie dollar.
Sound too good to be true? Find out more, here
________________________________________
Set a reminder for next Monday as I’ll do an analysis on the S&P 500 and where it’s heading…
“When l first started using Trader X's advice, l was working elsewhere full time and made a considerable amount of money. I’ve done the stats and the recon and I can clearly see it’s possible to make good retirement money based on his trade ideas over the last two years… I would recommend Pickpocket Trader to anyone serious about making money in international markets…“
~ Clive. J
________________________________________
221% gains if you act now - This homegrown tech company is not only shooting the lights out locally, it's doing it around the world!
________________________________________
Q. “Timon you said that you expect the rand to strengthen due to the US dollar crashing. What about the plan Tito Mboweni has with the mid-term budget?”
A. Ahhh yes, absolutely.
In fact, it was one of the mid-term budget speeches where investors and traders cheered the government. Basically, it revolved around explaining their plan to issue bail-outs to state-owned companies that are struggling.
And the big one was drum roll…
SAA (South African Airways).
SA Finance Minister finally allocated R10.5 billion to fund a rescue plan for SAA.
What’s great for the South African rand is that the payment to fund the company, is by cutting spending in other public entities and conditional grants.
And this adds to the R16.4 billion, the treasury set aside over three years in February for SAA to repay its guaranteed debt and cover debt service costs…
I believe the government has an IMPORTANT obligation and mandate to get SAA up and flying again. This is because they service both local and international travel to many places, that other airlines do not accommodate. And all travel contributes a higher GDP to the economy.
The interesting thing is that when the Medium-Term budget speech took place last month, it coincided with the rand breaking below R16.02 to the US dollar.
This mainly told me that investors’ confidence for the rand picked up, based on what Finance Minister Mboweni said.
If you missed the South African rand article this week, catch up by clicking here…
Trade well,
Timon Rossolimos,
Managing Editor, Trading Tips
P.S: Ready to profit from offshore markets the easy way?
If yes, then you can sign up as Pickpocket Trade by clicking here which will lead you to consistent offshore trading success.
In fact, they’ve been on a winning streak of five trades in a row with an accumulative gain of 420.38%.
Don’t miss the next profitable idea…
Tags: timon rossolimos, investing, joe biden, election, us stock markets

Joe Biden may be President but I still expect downside in the markets - Here's why…
Rate this article
Note: 3.88 of 4 votes