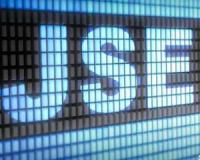 Since Joe Biden won the US presidential elections, there's been good news flooding both local and global markets.

Look at the JSE…

In the last month alone, it's rallied over 11% erasing the 2020 losses for the year…

We have an excellent chance of finishing off positive in 2020, despite all we've been through!

And that's just the JSE…

And I can continue.

In today's article, I'll be showing you why I expect the JSE to rally another 11% And what we can do to profit from the rise.

Let's get to it.
________________________________________
Did you miss ANOTHER triple-digit gain this last month?
Those canny Pickpocket Traders didn’t - this time a 111% gain from a trade.
And this isn’t a one-off lucky strike. Since the beginning of this year, Trader X and his followers have banked gains of 323% from the US500... 64% from Lloyds and 114% from Porsche!
You can find out how to test-drive these trades right here…
________________________________________
JSE stocks are flying thanks to the Covid-19 vaccine
Since Pfizer and Moderna made announcements that they've confirmed two Covid-19 vaccines, with an effective rate of over 90%, we've seen both global and local markets rally.
However, investors were still concerned that South Africa would have a delay as other countries were on a higher priority list.
That was until last week!
Aspen has recently announced it will bring the Johnson and Johnson vaccine to SA.
And it will be done on a large manufacturing scale.
This led to a rally in a number of areas:
• The South African rand +2.5%
• First rand + 13%
• Standard Bank +7.7%
• Absa +7%
• Investec +10%
• Food and drug +7.3%
• Most top retailers over 3%
Here's what Lester Davids, investment strategist at Sharenet Securities, had to say:
“The announcement of a highly effective vaccine removes some of the long-held concerns that the economic disruption caused by the Covid-19 pandemic would persist indefinitely,”
“On this basis, we are seeing mass buying across most risk assets, in both developed and emerging markets.”
Clearly, things are looking up and I believe with more positive vaccine news coming out, it will help push the JSE up further.
JP Morgan has just upgraded JSE stocks!
If anything will attract foreign investments to the JSE it's this.
Respected JP Morgan Chase & Co, upgraded its view in SA stocks to overweight from underweight.
The company said with a weaker US dollar, stronger commodity prices and fewer trade tensions with Joe Biden becoming president, this will help boost emerging countries and domestic stocks i.e banks.
According to JP Morgan Chase & Co.
"It may be time to drop gold and tech stocks and buy into South Africa’s domestically focused stocks".
And when we look at the chart, it shows a fantastic end of year rally coming.
Why this Rounding Bottom will send the JSE up over 11%