JSE Outlook - A Santa Claus Rally or a lump of coal? 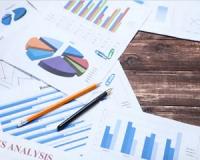 It's that time of year again…

Just like children eagerly wait in anticipation for Santa to deliver presents to them, so do investors.

Investors are waiting for the arrival of stock market profits during Christmas time as well.

This is all because of the Santa Claus rally which is, right now, flooding the mainstream media.

This sparked my curiosity to see if we could also see a stock market rally on the JSE this year.

Today I'm going to tell you what the Santa Claus rally is, why it exists and how you have a 69% chance to profit from the JSE this December.

Let's get to it…
________________________________________
Do you want to earn an extra R1,914 per month from simply opening an SMS
What I'm about to show you only takes about five minutes to put into action...
You won't have to crunch any numbers...
You won't have to calculate anything...
________________________________________
Why you can see a sudden stock market rally at Christmas time
The Santa Claus rally, in a nutshell, is when stocks see sudden price rises and strong gains near the end of December and in early January.
And when stocks rally, this drives up the actual stock market indices as well.
According to the 2019 Stock Trader’s Almanac, there’s an average 1.3% market rally in stocks, during this time that has taken place 75% of the time since 1969.
We are not 100% sure why the stock market ends positive during the last few days of the year, but here are some common theories.
Theory #1: Investment managers cut down on their taxes
This is the time when you’ll see investors and investment managers, selling their stocks to lock in tax reductions before the end of the year.
Once they sell their positions, they then buy other stocks and markets that they believe will rally in the next year.
The buying of these stocks, leads to a rise in stock prices which pushes the stock market indices up.
Theory #2: Investors treat themselves with their bonuses
Investors tend to splurge at the end of the year on stocks with their bonuses they’re paid at the end of the year.
And when there’s buying, demand picks up which leads to higher stock market prices.
We can speculate all we want, but nothing tells us the truth more than what the charts show.
The JSE has gone up 11 out of 16 Decembers!

JSE Outlook - A Santa Claus Rally or a lump of coal?
Rate this article
Note: 3.8 of 5 votes