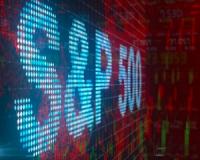 Previously, I spoke about a Nasdaq rally coming soon.

Since then the Nasdaq hasn't stopped rising. If you missed out on it, don't worry.

I already have my eyes on the next big rally…

The S&P 500, is a stock market index that tracks the stock performance of 500 of the largest companies listed on stock exchanges in the United States.

And as of last week, we saw it rally over 3% to an all-time high.

Now I can't pinpoint the exact reasons for this recent rally, but it could be a combination of the following:

• A large slowdown in the number of COVID-19 infections and death rates.
• Trillions of US dollars being pumped into the economy - AGAIN.
• A strong economic recovery.
• Optimism with the vaccine rollout.

Whatever it is, these three GREEN lights point to the NEXT SP500 rally….

Here they are …
________________________________________
Pickpocket Trader's AUD/USD trade hit its take profit and closed for a gain of 258.40%!
But he still had two trades open and by adjusting his stop losses on them they managed the following gains...
EUR/USD trade locked in a gain of 173.12%!
While on the USD/ZAR trade managed to lock in a MASSIVE gain of 328.47%!
Dont miss his next massive trade!
________________________________________
Green Light #1: President Biden $1 trillion agreement!
On Thursday afternoon, President Biden agree to a $1 trillion bipartisan infrastructure plan.
This was after a long sought and wanted deal over the nation’s transportation, water and broadband infrastructure.
Here’s what Biden told reporters…
“We had a really good meeting and to answer the direct question, we have a deal,”
Whenever government agrees to fork out money like $1 trillion dollars, it has a number of positive effects for consumers and investors.
First, it boosts employment, which pumps more revenue into the economy and optimism for consumers to spend once again. With optimism comes investors buying into America, which helps drive the stock prices higher…
And talking about stock prices heading higher…
Green Light #2: America’s earnings and dividends shine with the recovery on the way
We had another stellar month of strong earnings, which helped with the recent rally in the US.
For instance…
Nike’s earnings came in at a revenue record of $12.3 billion vs 11 billion expected and with an EPS (Earning Per Share) at 93c versus 51c expected.
Herman Miller reported 56 cps beating the expectations of 39 cents.
The estimated earnings growth rate for the S&P 500 for 21 Q2 is 65.1%. If the energy sector is excluded, the growth rate declines to 52.0%. The S&P 500 expects to see share-weighted earnings of $378.9B in 21 Q2, compared to share-weighted earnings of $229.5B (based on the year-ago earnings of the current 505 constituents) in 20Q2.
Ten of the 11 sectors in the index expect to see an improvement in earnings relative to 20Q2.
Then we had the BIG banks in America including, Goldman Sachs, Bank of America, Morgan Stanley, JP Morgan and Wells Fargo all announced double, even triple digit dividend increases
So things are looking bright in America.
And it looks like investors are trying to price in a quick recovery, which we need to take advantage before it’s too late.
And the charts agree with the rise of the SP500…
Green Light #3: This rising channel is showing a 358 point rally for the SP500

In the above S&P500 daily chart, we can see it’s been on a strong uptrend channel since 5 November 2020.
Then in May, it struck a ceiling (high price point) at 4,242. For some reason, the sellers just wouldn’t let the bulls (buyers) drive the price up any longer.
That was until last week.
With the green lights I’ve mentioned today and other optimistic reasons for investors buying the SP500, the price shot up and above the 4,242 level.
And this means, the buyers have gained momentum to drive the price higher.
If we look at the channel, we can base the next price target at the top of the channel at 4,600.
________________________________________
Ten filthy secrets to get rich quick
How to Grow a Multi-Million Rand Retirement
The average 50-year-old doesn’t have enough saved for a worry-free retirement.
Fortunately, there’s still time to catch-up and ensure you not only have enough money to last through retirement, but you can retire in style.
Golf days, vacations, time with family… no matter what your ideal retirement day looks like, find out how to achieve it by clicking here.
________________________________________
Here’s how I’ll profit from the next SP500 358 point rally…
First, I’ll buy the S&P500 CFDs and hold it until it hits my price target.
Second, I’ll be waiting for Trader X’s international trade ideas as he takes advantage of the S&P500 rally to come. This can range from international stocks, indices and even currencies… You can read more by going here…
Third, you can wait for my next SMS as I’ll be looking for companies that will rally when the S&P500 rallies. This is because the S&P500 is a leading indicator for the JSE.
Don’t miss out on these no-brainer profit opportunities coming your way this week…
Trade well,
Timon Rossolimos,
Chief Strategist, Red Hot Storm Trader
Tags: timon rossolimos, trading, sp500, cfd